Note:  The Jets had an optional skate on Sunday at the IcePlex although there may have been more players talking than there were skating.  Today they are back in action at 10:30 am with a morning skate at Bell MTS Place and the Jets pre-game report will bring you up to speed.  Stay tuned throughout the day for any and all Jets news and updates before the 7 pm puck drop via Twitter |Facebook | Instagram.

Note II:  The Moose season ended on Friday and on Sunday they held their wrap up day.  We spoke to a number of players as well as coach Vincent to get their thoughts on the 2017-18 campaign.  While most players will head home for the summer to begin preparation for the next season a few may see their season extended for the remainder of the Jets playoff run.  A player like Nic Petan is healthy and is someone I could see being brought up, while Mason Appleton, Sami Niku and Brendan Lemieux are all dealing with injuries of some sort (which may not necessarily preclude them from being called up just for the experience).

Winnipeg Sun:  Ben Chiarot used his time in the minors to find his way. 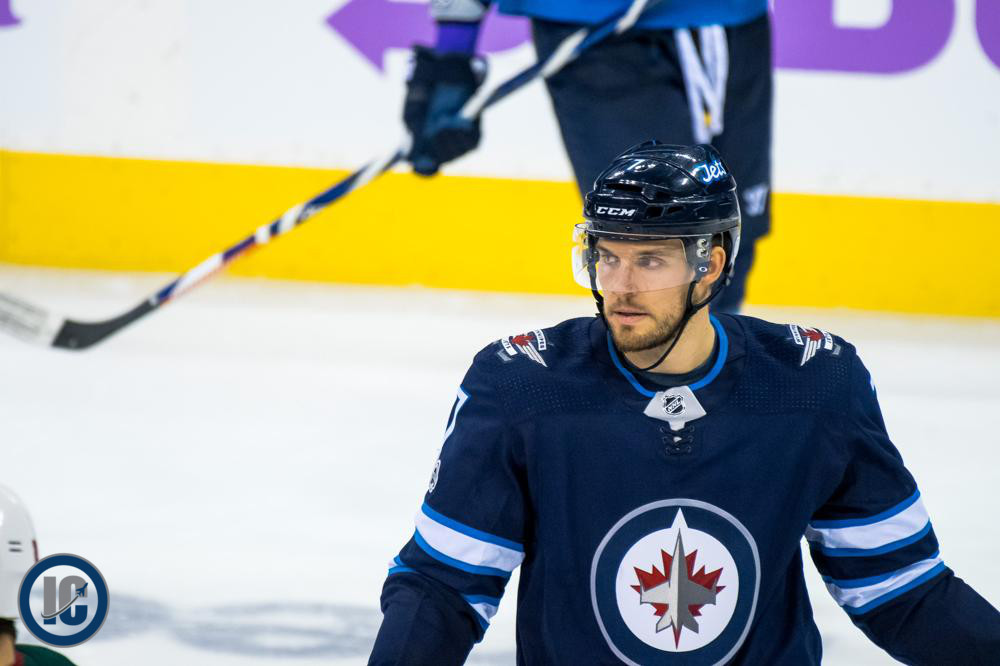 Las Vegas Review-Journal:  A whiteout love affair between a town and its Winnipeg Jets.

Globe and Mail: For Jets goalie Connor Hellebuyck, a year has made all the difference.

The Athletic:  Dustin Byfuglien is the hard-hitting, fun-loving heart and soul of the Jets.  (Paywall).

Sportsnet:  Jets are going to be even better in game 2. Don Cherry was with Ron MacLean to give his insight into game two between the Vegas Golden Knights and Winnipeg Jets.

Sportsnet:  Scheifele turning heads around NHL with incredible playoffs.  Mark Scheifele is scoring at a potentially historic pace these playoffs, and the rest of the league is taking notice of the Jets forward.

TSN: Scheifele and Trouba turning heads in Winnipeg. Both Mark Scheifele and Jacob Trouba have been exceptional in the playoffs for the Jets, and it hasn’t gone unnoticed by the team, as they all believe that they still have more to give.

TSN: Trouba raising level of play as Jets get closer to ultimate goal. Along with Josh Morrissey, Jacob Trouba forms the Jets’ top shutdown pairing, and as Winnipeg has gotten deeper in the playoffs and the stakes have gotten higher, so to has his level of play. Sara Orlesky has more.