Note: History was made last night in Nashville as the Jets did something no Winnipeg based NHL team has ever done and that is punch their ticket to the Conference Finals.  (Technically no Winnipeg based NHL team had even won a second round game before this team did it but that is besides the point).  The Jets pulled off a 5-1 victory in game seven to earn themselves a date with the Golden Knights.  Unlike the last series the Jets won’t have any time to bask in the ambiance of their series win as they have a media availability this afternoon where we will hear from Jets GM Kevin Cheveldayoff, coach Maurice and some players (Wheeler, Scheifele, Laine and Hellebuyck).

Note II:  The Moose are looking to keep their season alive as they play game 4 of their best of 7 series tonight in Rockford against an IceHogs team that is a perfect 6-0 in the playoffs so far.  If Manitoba is to have any hope in this contest they will need to stay disciplined while at the same time figuring out IceHogs goalie Colin Delia who has been excellent in this series.  Voice of the Moose Mitch Peacock will have the call which you can listen to on TSN 1290 Winnipeg or on Moose Listen Live with the pre-game show starting at 6:45 pm.

Winnipeg Sun:  Chew on this: Jets and Vegas in final four. 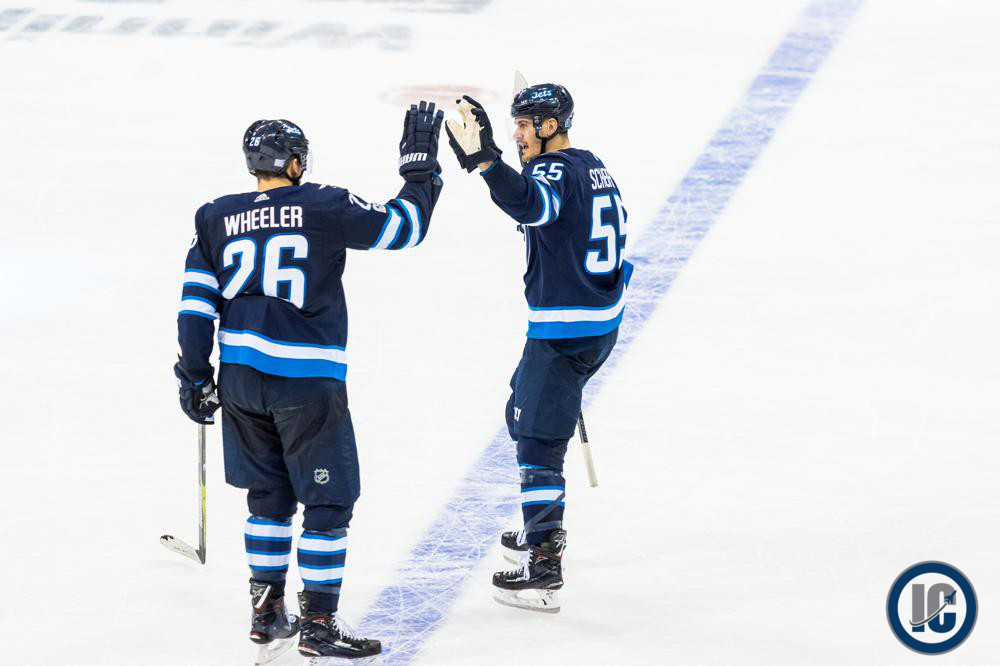 The Tennessean:  Preds come up small in biggest of moments.

Sportsnet:  Jets vastly superior to Predators when it mattered most.

The Athletic:  Jets fly into first-ever conference final on strength of their identity and the players that shape it.  (Paywall).

USA Today HSS: How Tyler Myers and Quentin Grimes could become the first brothers to play in NHL and NBA. It isn’t related to game 7 tonight but an interesting read nonetheless on the Jets tall D man.

Sportsnet: Wheeler says Jets had no fear based on past failures. The new experience of a deep playoff run actually worked in the Jets’ favour, with Blake Wheeler talking about them having no baggage of past failures to scare them on the ice.

TSN:  Scheifele, Wheeler shine in Game 7. As the TSN Hockey panel explains, Mark Scheifele and linemate Blake Wheeler stepped up in a big way in Game 7 against the Predators and outshone Nashville’s top line.

TSN: Seravalli on the Jets: ‘Really their window is just opening’. TSN Hockey senior reporter Frank Seravalli discusses the atmosphere in Nashville after the Jets scored two early goals and chased Pekka Rinne from the game and says Blake Wheeler, Mark Scheifele and Paul Stastny were all difference makers in Game 7.

TSN: The process pays off in Winnipeg. What does the Jets’ first conference appearance ever, mean to the city of Winnipeg? The TSN Hockey panel weighs in on that, and explain how Kevin Cheveldayoff’s patient process has paid off.

TSN: Tale of the Tape: Jets vs. Golden Knights. From the top lines to goaltending, SportsCentre takes an early look at the Western Conference final and which team will have an edge.

The stage is set: Jets vs Golden Knights in 3rd Round of Stanley Cup Playoffs
Winnipeg Whiteout Street Party will have a ticket policy for Conference Final