Note:  The Jets had a media availability on Tuesday as they took a chance to reset yesterday as they get ready for Game 7 on Thursday night in Nashville.  Today, they will practice out at the IcePlex at 10:30 am before they leave for Nashville and our Jets Playoff Practice Report will bring you up to speed with all the latest news.

Note II:  It is a Manitoba Moose game day today as they will play Game 3 in their best of seven series with the IceHogs tonight in Rockford.  They will have a morning skate at 11:15 am at BMO Harris Bank Center with puck drop at 7 pm.  Voice of the Moose Mitch Peacock will have the call which you can listen to on TSN 1290 Winnipeg or on Moose Listen Live with the pre-game show starting at 6:45 pm.

Winnipeg Sun:  Seven things the Jets need to do to win Game 7 against Predators.  Ted’s list includes:  1)  Score the first goal. 2) Weather the storm. 3) Calling on the kids. 4) Get the shots through. 5) Score on the power play. 6) Bust the trap. 7) Big Buff in beast mode.

Winnipeg Sun:  Heat is on the bench, too.  The Jets bench boss is feeling the heat and that has nothing to do with the outside temperatures.

Winnipeg Sun:  Jets anticipate Game 7 like it’s Christmas.  I suspect most people who grew up as hockey fans acted out scoring a game winning goal in a game 7.  These players will be getting that opportunity.

Winnipeg Sun:  Jets have all the confidence in the world in Hellebuyck, who rarely loses two straight.  Which is why this game 7 is going to be so intriguing.

Winnipeg Free Press:  Will Game 7 earn Jets a trip to third-round heaven?  (Paywall).  This city is ready to go somewhere no NHL team has gone before in Winnipeg.

Winnipeg Free Press: Disappointed but determined Jets ready to face the music in Nashville. (Paywall).  No point in lamenting the game.  Learn where you made mistakes and be prepared to not make them again in game 7.

Winnipeg Free Press: Jets weren’t bad, but for the biggest game in franchise history, they needed to be great. (Paywall).  I suspect the first goal on Thursday night is going to be critical for both teams.

The Tennessean:  Laviolette on what matters and doesn’t matter in Game 7.  Insight from the Preds bench boss ahead of Thursday’s game.

The Tennessean:  Preds’ Forsberg is becoming ‘big-game player’.  He was simply sensational on Monday.

Globe and Mail:  Jets look ahead to ‘do or die’ series finale against relentless Predators.  Hard to believe the game won’t be played until tomorrow night as I suspect everyone is ready to play or watch it already.

NHLcom:  Scheifele in spotlight for Jets entering Game 7 against Predators.  I suspect Scheifele will rise to the challenge as we have seen him do throughout his career.

The Athletic:  In a one game showdown between the Jets and Predators, individual moments outweigh all else.  (Paywall).  Just throw it all out and prepare for some chaos.

Sportsnet: Jets will be latest to experience Game 7 triumph or heartbreak. Friday morning is going to be very interesting here in Peg’ city.

Sportsnet:  Speedy Nikolaj Ehlers has one game to make an impact for Jets.  The team will get quite the boost on Thursday if the Dynamic Dane can find his scoring touch. 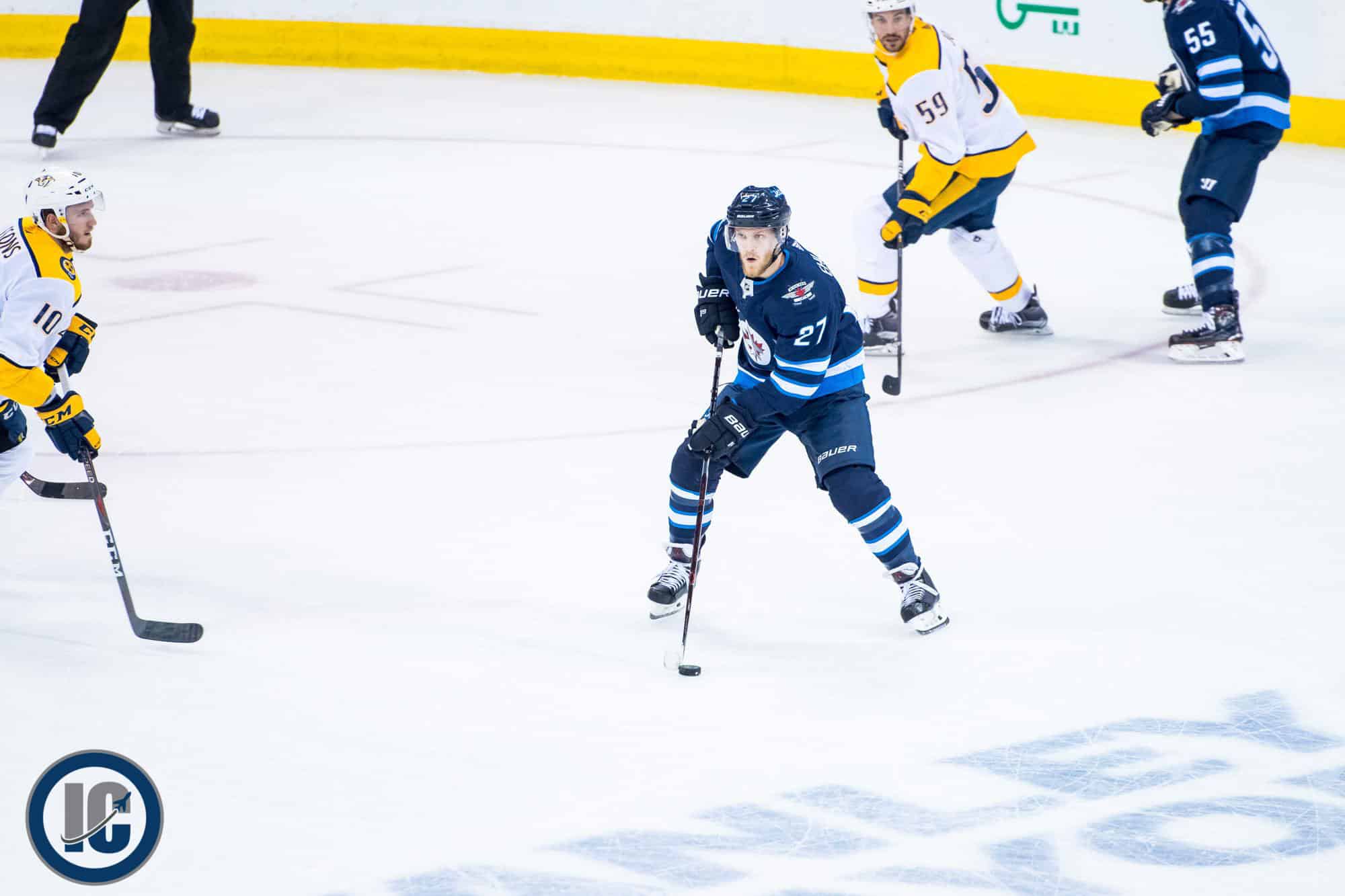 Sportsnet:  Teemu Selanne says ‘you’re never going to forget’ noise of Winnipeg fans.  It was loud inside Bell MTS Place and when the ageless wonder was shown on the jumbotron it got extremly loud.

CBC: Lucky No. 7? Not so much for Canada’s NHL teams.  While the past results don’t impact future results it is quite the tale of woe for Canadian squads.

TSN: Desperation level high as Jets now forced to win Game 7 on the road. Through the first six games of the series, the Predators and Jets have been very similar in many statistical categories, and the margin for error has proven to be incredibly small. With Game 6 now behind them, the Jets know the desperation level will have to be increased for Game 7 in Nashville. Sara Orlesky has more.

TSN 1290 Winnipeg:  Jets weren’t at their best in Game 6. Winnipeg Jets play-by-play voice Dennis Beyak joined Andrew Paterson and Rick Ralph on the Afternoon Ride. They discussed the Jets loss to Nashville in Game 6, why road teams have been successful in the series, and looked ahead to Game 7 in Nashville on Thursday.

TSN 1290 Winnipeg:  Jets have to get defense more involved.  TSN Hockey Analyst Craig Button joined Andrew Paterson and Rick Ralph on the Afternoon Ride. They discuss Nashville’s play in Game 6, and what the Jets need to do to win in Game 7.

TSN 1150 Hamilton: Jets will need to take Nashville crowd out of it. TSN hockey writer Frank Seravalli joins TSN 1150’s Tatti and Louie B to discuss the Winnipeg Jets missing their opportunity to clinch the series in six games on home ice, how they could get the job done in Nashville on Thursday night, and his thoughts on the situation in Carolina.

TSN 1290 Winnipeg:  Predators found the IT factor in game six win.  NHLcom Predators correspondent Robby Stanley joined host Kevin Olszewski to recap game six between Winnipeg and Nashville and to look ahead to Game 7 on Thursday.

TSN 1040 Vancouver:  Jets need to find an answer for Predators top line.  TSN Hockey Insider Bob McKenzie says for the Jets to win Game 7 in Nashville they have to do two things – stop the Predators top line because that is the line doing all the damage and get the game into a track meet because Nashville doesn’t want to play that way.