New York Post:  Rangers testing trade waters but right partner may prove elusive.  Obviously this is about the team in New York but the Jets are mentioned twice.  Firstly for potential Rangers interest in Jacob Trouba and secondly as a team potentially interested in their backup goalie Antti Raanta. 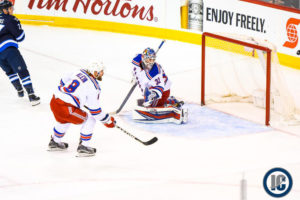 Topics:  A look back at game 5 of the Stanley Cup Finals and a look ahead to game 6.  Reflecting on whether the Finals are the least entertaining part of the Stanley Cup Playoffs.  Expansion Draft talk.  Off season hot stove (Insider Trading).   Brian Burke’s comments about the Calgary Flames need for a new arena or else.