Note: The Jets look to win their fourth straight on the road and tenth straight against the Central Division with an afternoon contest against the Colorado Avalanche.  Puck drops at 2 pm.   As always keep it locked to illegalcurve.com for pre and post game news and be sure to follow us on social media including Twitter | Facebook | Instagram.

Note II:  The Moose will be looking to avenge last night’s 4-1 loss to the Barracuda.  Coach Vincent confirmed that Eric Comrie will make his eighth straight start in net for Manitoba.  I will be joining Mitch Peacock in the booth to provide colour analysis of the game. 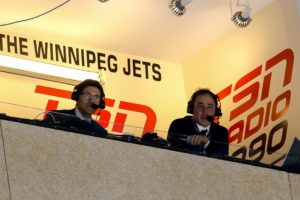 Sportsnet:   It’s time to start thinking of Mark Scheifele as an NHL superstar.  Whenever you see a headline like this you can tell it likely wasn’t written in Winnipeg.  Folks around these parts certainly recognize what 55 brings to the ice.

Winnipeg Sun:  Jets’ Scheifele not slowing down.  The sky continues to be the limit for the centre who is being compared to some pretty substantial players in the NHL. 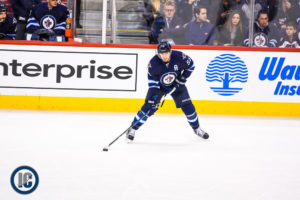 Winnipeg Sun:  No time for letdown for Jets against struggling Avalanche.  This has all the makings of that classic letdown game and the Jets cannot afford to let this game slip away.  They absolutely need to leave Colorado with two points in the standings bank.

Winnipeg Free Press:  Young speedsters such as Ehlers finding open ice needed to flourish in NHL.  (Paywall).  He really is the somewhat forgotten member of this Jets team (outside of Winnipeg) despite the fact that he may be the most exciting to watch.  The things that the Dynamic Dane can do at top speed are quite incredible.

Winnipeg Free Press:  Pavelec pays price to play in NHL.  (Paywall).  Despite the fact that it is costing him some cake Pavelec was clearly having some fun with the somewhat unusual situation while discussing the subject.

Winnipeg Free Press:  Groovy Pav gets Jets net in Denver.  (Paywall).  Don’t call it a comeback but this will be Ondrej Pavelec’s seventh start of the eight games the Jets have played since he was called up to the big squad.

Sportsnet:  Hockey Central interview with Mark Scheifele.  (Video).  The Jets centre shares his thoughts on why his club isn’t in a playoff spot despite their talent, the success he’s found with Blake Wheeler & Andrew Copp, the benefits of playing in the World Cup, & which teammates are under the radar.

Denver Post:  Avalanche Podcast.  (Audio).  The Denver Post’s Terry Frei and Mike Chambers report from practice, a day before the Colorado Avalanche hosts the Winnipeg Jets, and discuss Colorado’s nine-game losing streak, going 4-24-2 in its last 30 games. Will Jarome Iginla get traded? And is Tyson Barrie playing too many minutes? Plus Terry and Mike answer questions from fans via the Avalanche Mailbag.

Illegal Curve:  No progress for Tyler Myers. Fans were hoping for some glimmer of hope that the big D man would be coming back soon but Winnipeg bench boss Paul Maurice didn’t have any good news on that front.

TSN 1290 Winnipeg:  Excitement around the Jets room after winning third in a row.  Dennis Beyak joins Hustler & Lawless to discuss the Winnipeg Jets after winning three games in a row for the first time with AHL call-up Ondrej Pavelec. Beyak says the young players will benefit most from learning from their mistakes, but says the team is having fun producing offense. 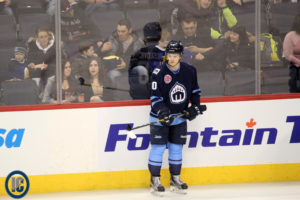 Winnipeg Free Press:  San Jose shows the way on the power play.  (Paywall).  There is a reason they call them special teams and they proved to be a game changer last night at the MTS Centre.