Note:  The finalgame before the Holiday Break is upon us.  The Jets will play the Canucks in game two of two in Vancouver tonight.  As always keep it locked to illegalcurve.com for pre and post game news and on social media including via Twitter | Facebook | Instagram.

TSN:  Should the Jets replace Maurice?  (Video).  It’s been a tough season so far for the Jets, so should they make a coaching change? Who is the most disappointing team in the NHL this season? Craig Button and Steve Simmons debate this and more in the latest edition of ‘Like It, Don’t Like It’.

ESPN:  The All-Trade-Candidates Team.  (Paywall).  No surprise that Jacob Trouba cracked this list.  Of course with the long term healthy of Tyler Myers currently in question this may not be the certainty it was once seen as.

Winnipeg Sun:  Positively and negatively, Jets Byfuglien always has impact.  There is a reason folks say “Buff giveth, Buff taketh” around Winnipeg.  Overall however there is no player on the backend who has such a large impact on games for the Jets. 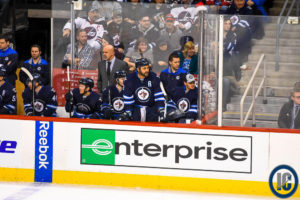 Winnipeg Sun:  Christmas shopping for the coaches.  And all this time you though of Paul as the Grinch?  Not today.  Today he is bringing gifts for the local sports teams.

Winnipeg Free Press:  They’re favours for fans, not for eBay.  (Paywall).  Used to see guys hanging around outside Earls Main waiting for visiting team players to show up to ask for autographs but it appears they’ve either been dissuaded from going there or they’ve found the visiting teams in another spot.

Winnipeg Free Press:  So, about that second period...  (Paywall).  The word consistency or lack thereof has been used a lot lately and about the only thing consistent is how bad that middle frame has been for the Jets.

Illegal Curve:  Injury Update – Joel Armia and Shawn Matthias.  Seems like these two are right around the corner which is going to lead to some interesting choices for the Jets coaching staff.

Illegal Curve:  GM Kevin Cheveldayoff reflects on 2016 for the Winnipeg Jets.  Includes his thoughts on the youth movement, getting the 2nd pick, Patrik Laine exceeding expectations, the Heritage Classic & season to date (up to game 34).

The Province:  Patrik Laine is the new Finnish Flash.  Missed this one the other day.  Talks about Laine obviously.  Also wrote about the Canucks taking Jake Virtanen over Nikolaj Ehlers.

Official Manitoba site:  By the Numbers – the season so far.  Tyler looks at some of the numbers for the Jets AHL club to date.