Note:  Winnipeg will release their training camp groups and schedule at some point today.  As always stay tuned to illegalcurve.com as well as our social media (Twitter, Instagram and Facebook) for that news.

Update:  Here is the Jets training camp schedule which gets underway on Friday and a look at the 60 players who are coming to camp.

Winnipeg Sun:  Lemieux anxious for training camp to begin.  He is going to be a player plenty of folks will be watching when training camp gets underway on Friday.

Winnipeg Sun:  Roslovic turns heads going into first camp.  It is sometimes easy to forget about the other first round pick the Jets had in 2015 but he is making it more difficult for folks to forget him. 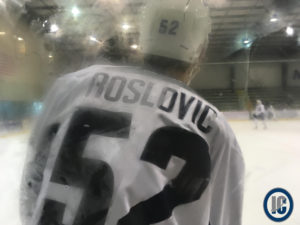 TSN 1290 Winnipeg:  Hustler and Lawless.  Paul Edmonds joins the guys to review the Winnipeg Jets performance at the YoungStars tournament in BC. Edmonds says Jack Roslovic & Kyle Connor were the standout players for the Jets, and discusses the other evaluations made in Penticton.

TSN 1290 Winnipeg:  The Big Show.  Jets play-by-play man Paul Edmonds joined the guys following the Young Stars Classic in Penticton to talk the progress of Logan Stanley, some new options in the Winnipeg net and the stellar performance from Kyle Connor and Jack Roslovic.