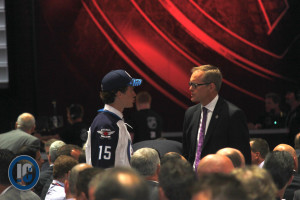 London Free Press:  Will Roslovic come to Knights?  With all these options folks over in London are wondering if they will see Roslovic playing for that perennial powerhouse.

TSN 1290 Winnipeg:  Hustler and Lawless.  Jack Roslovic joins the guys to discuss signing his entry level contract with the Jets, and explains the decision-making process in leaving college hockey.

Jets official site:  Jack Roslovic one on one.  Hear from the 2015 1st rounder who signed with Winnipeg yesterday.

Moose official site:  By the Numbers – Josh Morrissey.  Mitch uses this infographic to show how he saw Morrissey become a difference-maker last season for Manitoba.