Note:  The full Winnipeg Jets schedule will be revealed today.  As of right now we know the Jets will open the season October 13th against the Carolina Hurricanes at the MTS Centre.  Stay tuned to illegalcurve.com via twitter @illegalcurve for an alert as to when the schedule is out.

ESPN:  Projected Las Vegas expansion team roster.  I don’t see the Jets leaving him exposed but as this is all speculative enjoy their projected lineup.

Winnipeg Free Press:  Jets first-round draft record strong.  (Paywall).  Lots to digest in this one as Tim looks back at the last five Jets draft which also includes some insight from Craig Button of TSN. 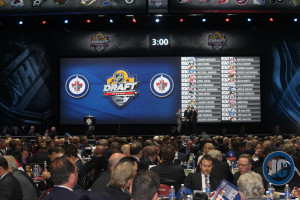 Winnipeg Sun:  From A to F: Grading teams’ performances at NHL draft.  The Jets grade isn’t very high but they are also going back eleven years in their analysis.

TSN:  What can Winnipeg expect from Laine? (video).  Patrik Laine is expected to be drafted second overall by the Jets on Friday. TSN Director of Scouting Craig Button breaks down what Winnipeg can expect from the highly-touted Finnish prospect.