Note:  The Jets won back to back games at the MTS Centre for the first time in 2016.  Considering we are 3.5 months into the year that isn’t very good and helps to explain their present circumstances.  The Jets ended their four game home stand last night with a 4-1 win over the Kings.  The team will skate today at the IcePlex before they head to Buffalo for a Saturday afternoon contest with the Sabres.

Note II:  The Moose will also be practicing at the IcePlex as well today as they get ready for a game against the Charlotte Checkers on Saturday night at the MTS Centre.

Note III:  Perhaps there was a two for one surgery deal as Enstrom and Myers both underwent procedures on Thursday as the Jets lost their second defenceman in less than a week for the season.  Full quotes on the Myers news from coach Maurice in the post.

CBC:  Injuries, the Jets lineup and perfect timing.  Plenty of tank talk in this one.

Winnipeg Free Press:  A win the lottery dreamers didn’t want to see.  (Paywal).  Plenty to digest in this recap from Ed as he breaks down different aspects of last night’s win. 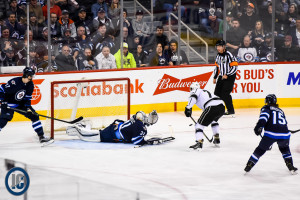 Winnipeg Sun: Jets’ win over Kings ‘too late:’ Pavelec.  Too little too late to have any impact on this season.  Well I guess that isn’t entirely true as draft position has yet to be determined.

Globalnews.ca:  It’s a great win for us.  Russ recaps the win from the MTS Centre.

L.A. Times: Kings fails to extend division lead with loss at Winnipeg.  Always good/interesting to read about the game from the perspective of a beat writer that covers the night’s opposition to the home squad. 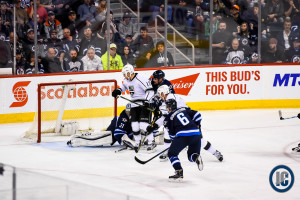 ESPN:  Which teams appear most frequently on no-trade lists? (Paywall).  Sometimes it is good to crack the top three on a list…unless it is a list of places players may not want to play.  Perhaps that Weakerthans song ‘One Great City‘ is being played too frequently.

TSM 1290 Winnipeg:  Hustler and Lawless.  TSN Director of Scouting Craig Button joins the guys to discuss his latest rankings on 2016 NHL Draft-eligible players. Button shares his view on the depth of the draft, and how the Winnipeg Jets have done at previous drafts.