Note:  It is going to be a busy day.  The Jets will be making a couple of announcements today.  Stay tuned to me (@icdave) as well as @illegalcurve for all the latest news from the MTS Centre.

Note II:  It was a tough night for the Moose who lost the second game of a back to back in Texas to the Stars by a score of 6-1.  The team will return to Winnipeg today before they play a pair of games against the Iowa Wild this week at the MTS Centre.

Winnipeg Free Press:  Jets’ 2013 first-rounder gets a night that will last a lifetime.  (Paywall).  Slow and steady wins the race and last night Josh Morrrissey didn’t do anything spectacular but he played the game that has being serving him well with the Moose.

Winnipeg Free Press:  Scheifele scores hat trick as Jets topple Canadiens 4-2. (Paywall).  It was quite the night for the Jets #1 centre who hit 20 goals on the season with the hatty he pulled off last night. 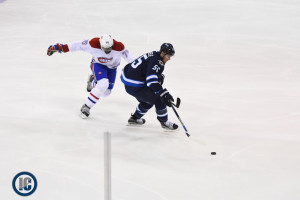 Winnipeg Free Press:  This 3 deserves a 10.  No question he will remember that performance for a long, long time.

Winnipeg Sun:  Hat’s off to Scheifele as Jets beat Habs.  He was able to out hustle P.K. Subban on two separate occassion and his second goal of the game was a filthy one.  Sure seems like #55 is all grown up.

Winnipeg Sun:  Heritage Classic announcement coming.  I will be down at the MTS Centre for the big announcement today at 12:30 pm.

CBC:  Morrissey’s Jets debut uneventful (that’s good).  He was solid in his debut.  Plenty of pressure on the Jets 2013 1st round selection. 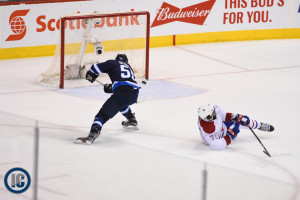 Edmonton Journal:  Oilers Adam Pardy eager to renew acquaintances with former Jets buddies.  Expect to see a reverse Pardy dangle or two today when he takes on his former squad.

Pressbox Podcast:  Host and Analyst Richard Pollock breaks down the Jets play against the Canadiens.  To listen click here.