Note:  It was quite a night despite the fact that the Jets lost yet again.  Fans had the opportunity to send off their captain from being announced in the starting lineup to really celebrating when he scored a shorthanded goal.  The team will practice in Winnipeg today before they head to Dallas where they will take on the Stars in a re-match on Thursday.

Note II:  The Moose play their final road game of this five game road trip as they look to avenge a Monday loss to the Iowa Wild which put an end to a Manitoba winning streak.  Puck drops at 7 pm.

ESPN:  Best fits for four top NHL trade deadline targets.  Has Jets captain heading out East but not to the team that will be here next Tuesday.

Illegal Curve:  Bryan Little being given further tests; could join team on road trip in Pittsburgh.  When you lose your top line centre for any period of time it is never good for business.

Michigan Wolverines official site: Connor’s path to greatness includes the company he keeps.  Jets fans continue to get more and more excited about their top pick in 2015.

Winnipeg Free Press: Ladd (probably) leaving may signal Jets 2.0 are heading back to drawing board.  (Paywall).  About only guys on this roster for sure not going anywhere are Wheeler, Byfuglien, Ehlers and Scheifele but might the Jets be ready to make some substantial moves in addition to potentially trading the captain?

Winnipeg Free Press: Ladd saga makes for weird vibe.  (Paywall).  Weird is probably the perfect word to describe this unusual situation.  At least he was able to score a shorthanded goal in front of the home town fans. 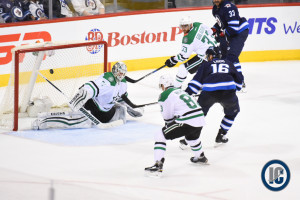 Winnipeg Free Press:  Jets’ 5-3 loss to Stars may mark final chapter for captain at home. (Paywall).  Plenty to digest in this recap.

Winnipeg Sun:  Captain Ladd leaves lasting memory in 5-3 loss to Stars.  It is pretty clear that the captain seems to have accepted his fate (whatever that turns out to be) and is very thankful for the fan support he has received in this city.

CBC:  Isn’t Andrew Ladd the type of player the Jets need?  Are the Jets making a mistake moving on from the captain?

Dallas Morning News:  Stars go back and forth with Jets, use power play to get back on track.  Read about the game from an opposition beat writer.

Sportsnet:  The value of acquiring NHL draft picks at the trade deadline.  No doubt that whenever you can stockpile picks it could help out an organization in the long run.

ESPN:  Jets still weighing options when it comes to Ladd.  All eyes are on Winnipeg as the rest of the league waits and watches what the Jets are going to do with the captain.

ESPN:  The trade deadline, trading contenders and the injury Blues.  (Video).  No surprise that Andrew Ladd gets mentioned in this chat.

Winnipeg Free Press:  White Noise – Is money not enough to motivate the Jets? (Video)(Paywall).  This episode of “White Noise” marks the return of sports editor Steve Lyons alongside Free Press columnist Paul Wiecek. Together, they talk Paul’s latest column on Jets head coach Paul Maurice, the looming NHL trade deadline; the career of Jaromir Jagr and much, much more. 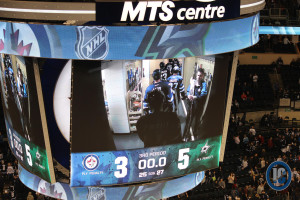