Winnipeg Free Press:  Jets’ youth wing sharpened their teeth on the Flames.  (Paywall)  Calgary didn’t exactly have their A or possibly even their B lineup last night but it was an opportunity to see what the young guns of Winnipeg could do. 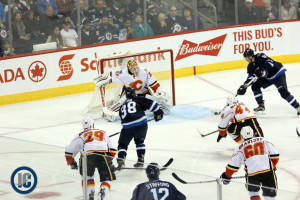 Winnipeg Free Press:  Contract negotiations between Jets and Andrew Ladd stagnate. (Paywall)  Not a headline Jets fans are gonna be happy to see.

Winnipeg Sun:  Jets need youth movement.  Paul covers quite a bit in this article including 1) Crunch time for late bloomer. 2) On the verge. 3) D is for decision.  4) Wing night.

Winnipeg Sun:  Young guns improve their chances with strong game against Flames.  Just consider who was in on the opening Winnipeg goal.  The Jets 2014 1st round pick (Ehlers) passed it to the 2013 2nd round pick (Petan) who feathered it over to the 2011 1st round pick (Scheifele).

Metro News:  Jets roster takes shape as Petan impresses.  Hustler writes about the Portland Winterhawk superstar who is trying to make the Jets.

Winnipeg Free Press:  Rookie rarin to go pro.  (Paywall).  I watched Moose practice yesterday and De Leo had some serious moves during the skate.  Will be one to watch out for.

Winnipeg Sun:  Moose ready for test run with weekend exhibition games in North Dakota.  They’ve had a good training camp at the IcePlex this week and they finally get to flex their muscle against some real opposition. 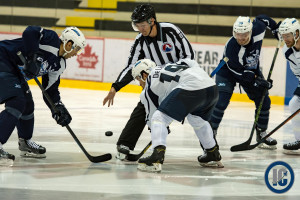 Global News:  Josh Morrissey knew odds were stacked against him.  While we have a tendency to take a short term approach to prospect success it isn’t necessarily a bad thing for a young player to really develop in the AHL before cutting their teeth in the NHL.