Note II:  Tune in for two hours of NHL hockey talk as the guys hit the air waves this morning on TSN 1290 Winnipeg from 9 am until 11 am.  Guests:  Tracey Myers (CSN Chicago), Kalen Qualey (Pass It Forward) and Bryce Salvador (former NHLer).

Winnipeg Free Press:  Jets banking on young players for this season’s push. (Paywall).  There is going to be a lot of pressure on these young guns to step in and help the team next year. 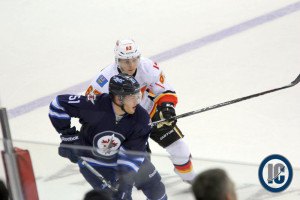 NHL.com:  Jets’ playoff atmosphere motivates prospect Ehlers. You can see the value bringing young guns to the NHL squad has even if they don’t get into any games.

Sportsnet:  30 in 30 – Winnipeg Jets.  A 1:30 video which details how the Jets may be able to get back to the playoffs following last season’s breakthrough.

Illegal Curve:  Jets 2015-16 Season Tickets: Packages Arriving.  A look at the season ticket packages that season ticket holders have been receiving this week.