Winnipeg Free Press:  Pavelec playing too well to take rest.  In the scrum following the Caps game he was asked how he feels about starting so many consecutive games and you could see that he relishes the opportunity.  Especially when the team in front of his is providing some goal support.

Winnipeg Free Press:  Wheel host catches Jets tilt, Vanna nowhere to be seen.  When it was revealed that he was in the building (sitting amongst the people no less) the buzz picked up at the MTS Centre.  When he appeared on the jumbotron (somewhat to his chagrin) the crowd gave him a big round of applause. 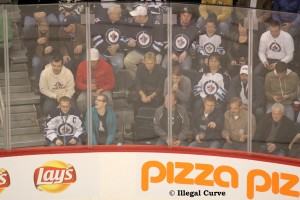 Winnipeg Free Press:  Soaring with the Jets.  The change to our downtown has been spectacular.  When Ez and I left the MTS Centre following the Caps game on Thursday around 11:15 pm, it was fantastic to see people still out and about.  A group of guys from out-of-town approached us to ask where Tavern United was.  It was nice to see the downtown buzzing post 5 pm.

Winnipeg Sun:  Noel won’t rule out juggling lines.  Very tough when your team is coming off 4 and 5 goal performances to start making any changes, although with the opportunity to get Eric Fehr in the lineup, any change is probably worth it.

Winnipeg Sun:  Jets don’t want repeat of nailbiter.  While I am sure fans don’t expect to see another 17 goal game between these two, I don’t think many are expecting a 1-0 or 2-1 game either.

CTV:  Military reps establish rules for Winnipeg Jets logo.  If the golden rule isn’t to make the Queen look bad, perhaps it is time to have her shipped from the Toronto warehouse back to Winnipeg.

CBC:  Flyers Bryzgalov says sorry for Winnipeg comments.  While his comments were wrong after today’s game (where the crowd is going to give it to him), it is probably time to move past it.

Globe and Mail:  Don’t expect an all Canadian division.  Put me in the modified central division camp.  Where would you like to see the Jets end up? 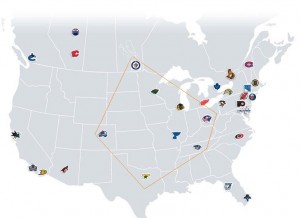 The Telegram:  Admirals sail to victory.  The IceCaps first loss in 7 games.

The Telegram:  IceCaps rookie Eric O’Dell back to 100%.  Another instance where playing hockey and the resulting scrutiny resulted in a player getting the medical attention he required before any issues occurred.

NHL.com:  Return of AHL has St. John’s celebrating.  Not only did the fans in St. John’s get AHL hockey, they got one of the best team’s in the league.

USA Today:  Remade Flyers leading the Eastern Conference.  Looks like someone (this guy) who suggested the Flyers would make the Cup Finals is looking pretty, pretty, pretty bang on.

We are unveiling our newest item in the IC arsenal, appropriately enough for winter, the new IC toque.  Not yet for sale, we wanted to give our readers a glimpse of the new apparel. 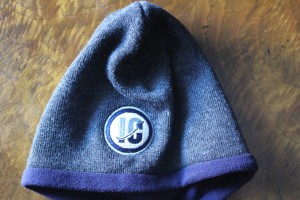 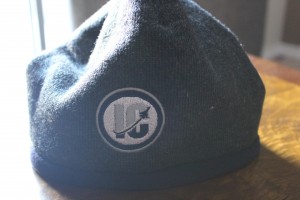