Note:  The Jets return to practice after a Sunday day off.  They have a date with the Oilers at the MTS Centre with puck drop at 7 pm.  Plenty of coverage to come on illegalcurve.com with notification via twitter @illegalcurve and Facebook.

Winnipeg Free Press:  Six takeways after five days on the road with the Jets.  Gary writes about the last week he spent with the team including 1) deep blue line 2) road kill 3) points, points, points 4) more wings 5) cheeky tweet and 6) Leipsic a Leaf.

Winnipeg Sun:  Talk of Jets in playoffs no longer far-fetched.  The West has been wild the last few days as most teams continue to win games and it really does feel that it is going to come down to the wire.  Paul writes about the change back to the pre All-Star game attitude and how the team could still use some additional forward depth.  The MTS Centre will me a madhouse if this team makes the post season. 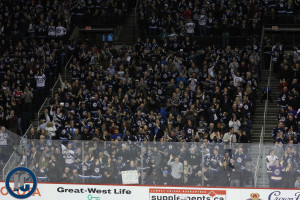 TSN 1290 Winnipeg:  Jets hope to fly into playoffs after trade.  Fans are hoping they see a lot more games like the newest additions played against the Wings writes Paul.

Ottawa Sun:  Garrioch’s Sunday Column.  In case you missed his Sunday he mentions that the Jets are trying to sign Stafford to an extension.

Edmonton Journal:  Oilers’ Petry to be dealt by deadline.   Looks like the Oilers are gonna get some nice picks in Florida at the 2015 NHL Entry Draft.

Edmonton Sun:  How the Edmonton Oilers match up.  Seems like they give the Jets the edge for the most part.