Note:  The Jets finished the home stand 2-1-1 after last night’s disappointing 4-3 OT loss to the Flyers.  The team will practice today at the MTS Centre at noon before taking off for Illinois to face the Blackhawks on Tuesday night at the United Center.

Winnipeg Free Press:  Despite loss, Winnipeg remains in playoff position.  While that is true in a very tight Western Conference you cannot afford to give away points like the Jets did last night.

Winnipeg Free Press:  Buff worth his weight in gold.  Gary writes about the value Dustin Byfuglien brings to the team.

Winnipeg Free Press:  A little too much naughty and not quite enough nice.  Jets fans have to hope that this won’t be a game they can point to at the end of the season as one that would have been critical for playoff entry.

Winnipeg Sun:  This and That from the game.  Kirk starts his column with the relationship between Pavelec/Voracek, then talks about the play of Flyers rookie goalie Rob Zepp who made his NHL debut last night, the Jets record against the Eastern Conference as well as his ‘Around the Glass’ section. 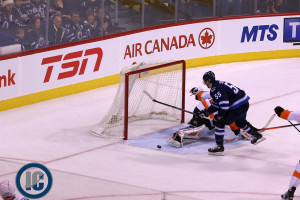 Winnipeg Sun:  Flyers down Jets in OT.  It reminded me a bit of the loss on December 12th to the Avalanche, another game in which the Jets blew a 3-1 lead to lose (in that case in a shootout).  Ken breaks down the loss.

Sportsnet:  Voracek shines as Flyers defeat Jets in OT.  These pesky Flyers just refused to go away and in the end were able to force a turnover and leave town with two points in the bank.

Philadelphia Daily News:  Voracek, Flyers stun Jets in overtime.  The Jets looked ready to ice another home victory before a poor 3rd period cost them an additional point in the standings.  Full credit to the Flyers who had played the previous night against the Leafs. 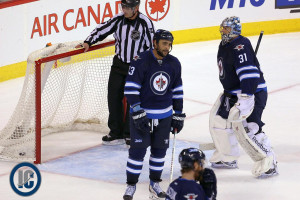