Winnipeg Jets Injury News: Dmitry Kulikov is out until around the All-Star Break

The veteran defenceman will miss some time due to injury. 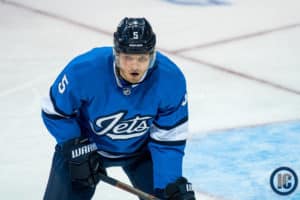 Veteran defenceman Dmitry Kulikov left the game in Anaheim last Friday in the first period and did not return.  Kulikov didn’t play the next game on Saturday night in Los Angeles against the Kings and Jets Head Coach Maurice indicated on Monday that he would know more about the status of Kulikov later in the afternoon.

Today following the team’s optional skate, Maurice indicated that Kulikov (upper body injury) will be out until around the All-Star Break which is January 26th.