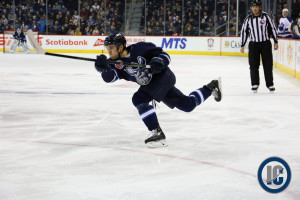 Jets have gotten their third of four RFAs locked in as they announced the signing of JC Lipon to a one-year, two-way contract with an average annual value of $650,000.  The Jets 2013 3rd round pick spent all of last season with the Manitoba Moose of the AHL playing 71 games adding 12 goals and 18 assists.  The Regina, Saskatchewan native played nine games for the Jets back in 2015-16.

This leaves goalie Connor Hellebuyck as the lone unsigned RFA for Winnipeg.