Winnipeg Jets games to be broadcast on TSN 3

Jets move to a new channel. 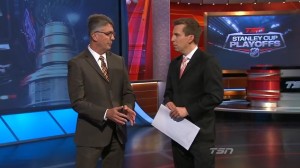 Say goodbye to TSN Jets and hello to TSN 3 as the Jets announced today the transition to the new channel.

The Winnipeg Jets Hockey Club, in conjunction with their broadcast partner TSN, today announced 65 regional Winnipeg Jets games will be broadcast live this season on the new TSN3.

Jets fans who already subscribe to TSN will automatically receive TSN3 as part of their existing television package. With games being moved to TSN3, the previously offered subscription to TSN Jets is no longer required. Winnipeg Jets games will now be more widely available across the broadcast region of TSN3, which includes all of the provinces of Manitoba and Saskatchewan, Nunavut, the Northwest Territories, along with parts of Northwestern Ontario including Kenora, Dryden, and Thunder Bay.

TSN3 is part of a new collection of five TSN feeds announced on May 6th by Canada’s Sports Leader. All five channels will debut on Monday, August 25th.

The Jets first broadcast on TSN3 will take place live from MTS Centre on September 22nd, when Winnipeg hosts the Minnesota Wild in their first pre-season contest. The Jets will also open the 2014-15 regular season on the road in Arizona on October 9th and make their home debut the following week versus Nashville on October 17th. Both games will be featured on the new TSN3.