The Jets are down to five Dmen for the rest of the game.

Tucker Poolman was finally back in the lineup but when the puck was ready to drop to start the 3rd period against the Canucks in Vancouver the Jets defenceman wasn’t on the bench according to Dennis Beyak of TSN. 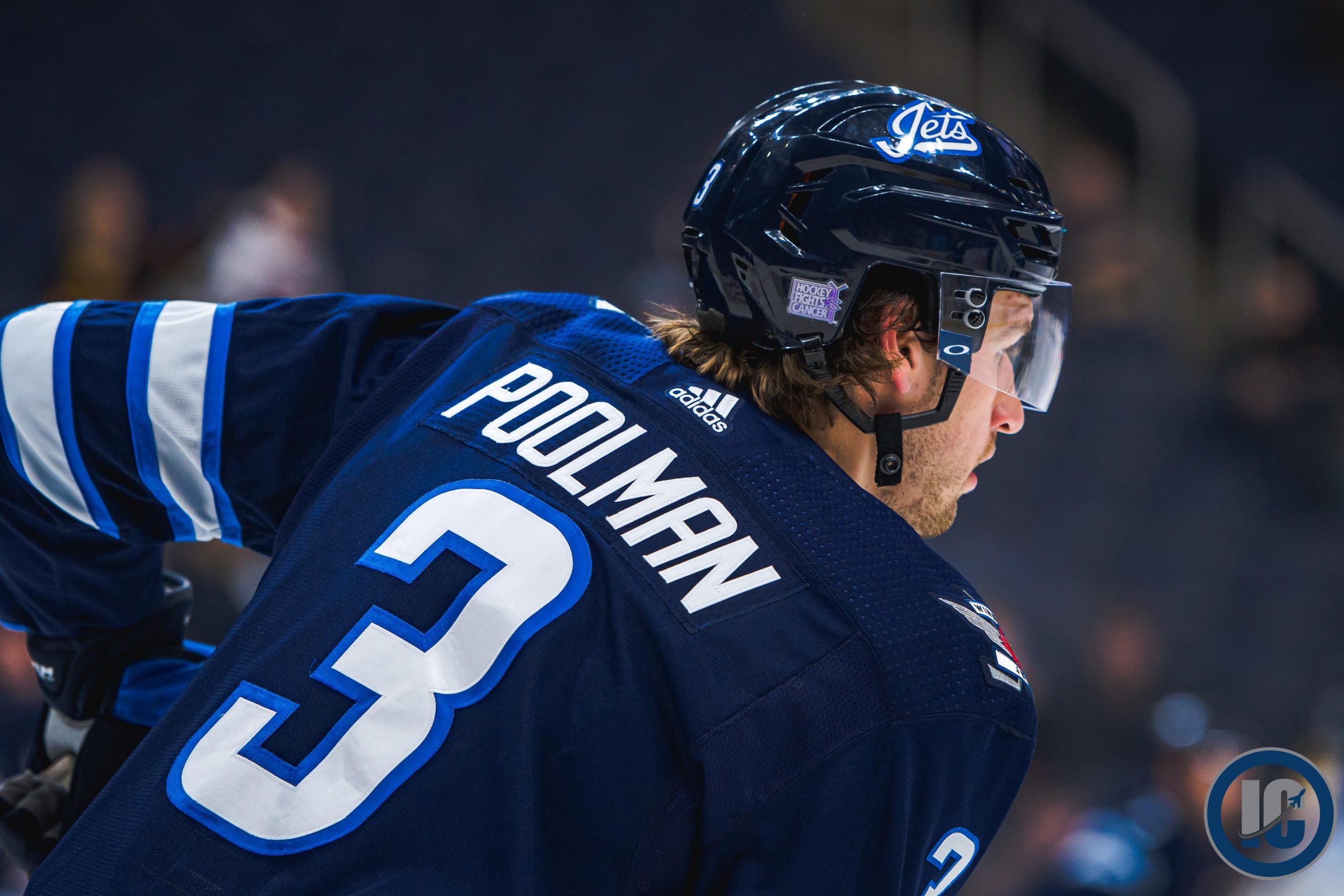 JetsPR would announce that Poolman wouldn’t return to the game due to injury.

Update: Jets coach Paul Maurice after the game said “no mechanism of injury” regarding Tucker Poolman, which means there wasn’t an event that happened on the ice.  Poolman said he just didn’t feel he could continue in the third.  Jets bench boss said it was upper-body injury and “we’ll see how he is in a couple of days.”.