Winnipeg Jets Cole Perfetti is “still not close to skating yet”

An update on the Jets prospect.

It has been almost a month since Cole Perfetti took a hit in a game here in Winnipeg on February 17th against the Seattle Kraken from Jamie Oleksiak and was labeled as dealing with a “upper-body (injury) and he’ll be maybe a little longer than day-to-day”. 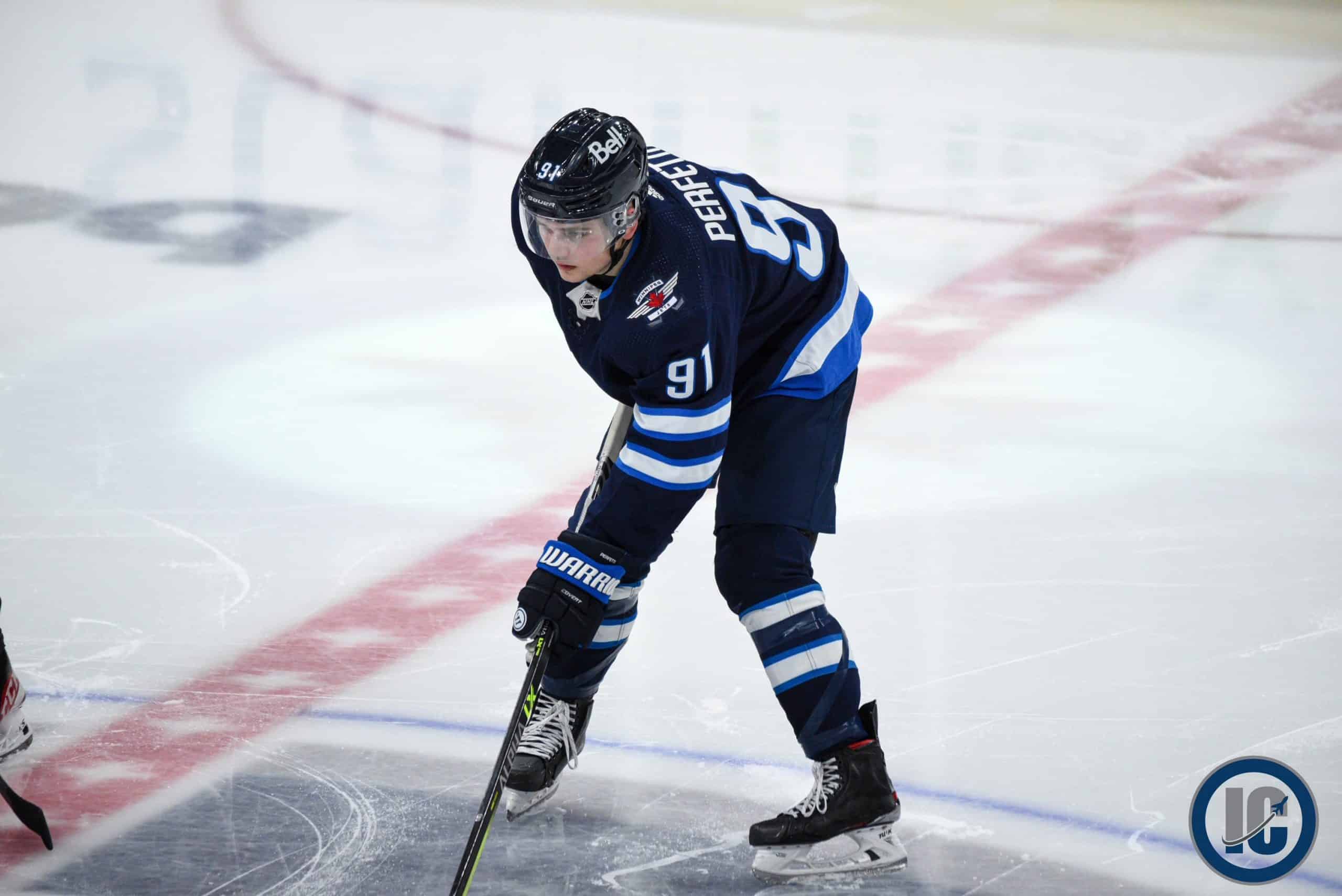 A few weeks later (March 1st) during a media availability the update from Jets interim head coach Dave Lowry indicated that “No he’s not skating. He’s still aways away”.  Shortly thereafter (March 4th) with the team needing to make some cap room they placed him on LTIR.

Following last night’s 7-3 win over the Golden Knights in his post-game media availability the status of the 2020 1st rounder came up to which interim head coach Dave Lowry replied Perfetti is “still not close to skating yet”.

Tough news for the young prospect who was making nice strides in the NHL.