Joel Armia got into his second ever NHL game and his first for the Winnipeg Jets on Friday night against the New York Rangers playing on the Jets 4th line.  He was promoted from the Manitoba Moose for the second time this season on December 17th.

In game one with Winnipeg he had one shot on Henrik Lundqvist in 10 minutes and 54 seconds on the ice. 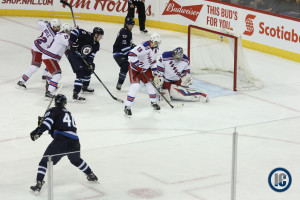 Today before the game against the Oilers coach Paul Maurice gave his first assessment of Armia’s play in a Jets sweater “He was on the puck and his intensity level was right which is important because his hands are there.  He’s got the vision.  Defensively he was quite responsible in that game.” 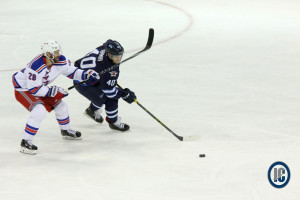 The reward for Armia’s play is a second game in a row for Winnipeg as they take on the Oilers in Edmonton.