Jets claim the left shot defenceman from the Ducks. 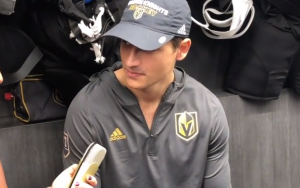 The Jets claimed left shooting defenceman Luca Sbisa off waivers today. Sbisa was a 1st round draft pick of the Philadelphia Flyers (19th overall) back in 2008. In addition to the Flyers, Sbisa has played for the Anaheim Ducks, Vancouver Canucks, Vegas Golden Knights and New York Islanders and was recently signed by Anaheim but had to clear waivers which he obviously didn’t.

Sbisa played last season with the Islanders getting into just nine games.

According to TSN’s Darren Dreger this move doesn’t come out of nowhere:

Sbisa is a decent pick up by the Jets. Over 500 NHL games…adds experience while they get healthy in Wpg. Two sides had been talking for awhile.