Globe and Mail:  We’re moving forward.  As my baba (grandmother) likes to say “what was, was” and for the Jets they cannot dwell on last night’s 1-0 loss to the Capitals.  Coach Noel feels he has a handle on what went wrong with his troops, is ready to put yesterday behind him and focus on the 14th place (in the West) Ducks on Saturday night.

Winnipeg Free Press:  Miettinen looks forward to ‘normal’ life in Winnipeg.  Still no decision as to whether or not he will suit up against his fellow countryman on Saturday night.  In other Jets news, they have re-assigned Carl Klingberg to St. John’s of the AHL.

Winnipeg Jets:  Four-legged Jets.  Ever wanted to take home Kane, Slater or  Stapleton?  Well now you have a chance as a resourceful Winnipeg animal shelter has taken to giving adoptable pets Jets names to enhance their profile in a city gone mad for all things Jets. 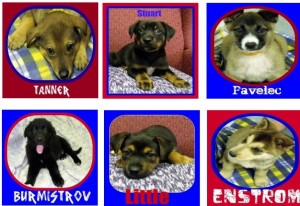 CBC:  Song for Winnipeg Jets Teemu Selanne.  This is one of those songs that sticks in your head and refuses to be forgotten.  I am going to be humming “Teemu Selanne” tomorrow all day.

Anaheim Calling:  Tribute to Teemu week.  Ducks fans are remembering all the things the Finnish Flash has done for that organization.