Winnipeg Free Press:  Jets make roster changes for Hurricanes game to turn around recent nosedive.  Will a couple of tweaks be enough to get things turned around?  We shall see tonight. 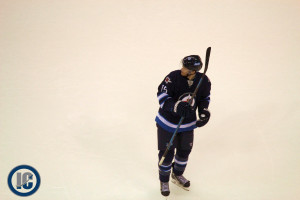 Winnipeg Sun:  Jets and Hurricanes expect to play desperate hockey in search of win tonight.  Both teams need a win so can we expect cautious hockey or aggressive?  We will see tnt.

CBC:  5 things to watch for as Jets host the Hurricanes.  Jeff looks at tonight’s contest and gives you these five topics in advance of the game including; 1) “F” For Frustration, 2) Familiar faces, 3) ‘Canes on the mend, 4) Grant’s return and 5) Captain’s comeback.

NHL.com:  At the Rink.  Patrick was at the MTS Centre and provides this update from the rink.

Illegal Curve:  Jets vs. Hurricanes projected lineups.  Take a look at what the lines looked like after practice today and what combos you should expect to see at the MTS Centre this evening.

Illegal Curve:  Coach Maurice pre-game scrum (audio).  Finding balance between urgency and proper execution.  What is he hoping to see from Halischuk and Clitsome?  Does he approach the game any more urgency or is it just another one out of 82?  What is he expecting from Carolina?  Does he coach much when veterans are critical of themselves?  Is he looking for more offence from the defence?  Can it benefit Clitsome’s game to go back to his natural side?

News and Observer:  Canes’ introspective Gleason rediscovers his edge.  A lesson for players who get complacent with their game.