Note: Puck drop is at 7:00 pm CST tonight as the Jets will conclude this short two-game homestand against the Canucks tonight. After the game, be sure to check us out for all the post-game reaction.

The Athletic Winnipeg: Jets midseason depth chart: From Cole Perfetti’s future to Connor Hellebuyck’s workload and youth on defence. Not quite the halfway point of the season for the local NHL club but Murat writes about all the roster question marks that abound.

Sportsnet: NHL Power Rankings: First-half happy (and some sad) surprises edition. Given their current slide not a surprise to see them dip into the bottom third of the league.

Winnipeg Free Press: Jets return cheered by lucky 250 fans. (Paywall). Missed this from yesterday and while 250 isn’t a lot by any stretch it is certainly better than having no fans in the building. Still a far cry from the normal (and it is crazy to say normal given fans are wearing masks in this photo) when a more fulsome crowd can be in the arena. 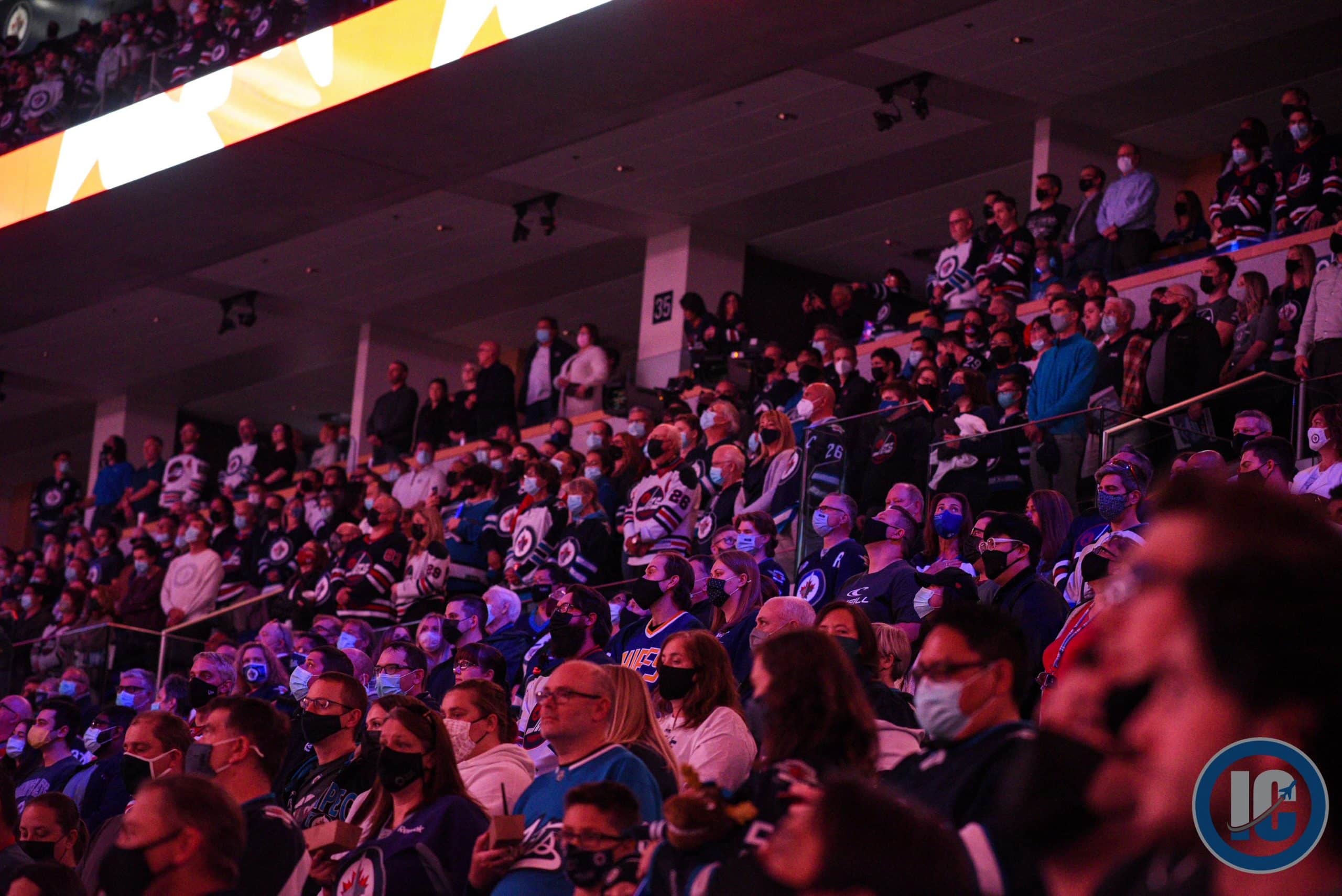 Illegal Curve: Jets vs Canucks pre-game report. The Jets held a morning skate followed by a media availability before they take on Vancouver. Check out the projected lines and D pairs and hear from players.

Sportsnet: Why we can safely call this huge Jets vs. Canucks tilt ‘the desperation bowl’. Sean Reynolds and Ken Wiebe get us set for Jets vs. Canucks, two teams on similar paths of late, both on losing streaks, both looking to their leadership groups to get out of it, and both needing to get on rolls, to get back in the playoff race.