Note: Puck drop is at 6:00 pm CST tonight as the Jets begin a three-game series against the Leafs. After the game, be sure to check us out for all the post-game reaction.

Note II:  We are testing out a new feature tonight after the game.  Join Ez, Drew and I for the Illegal Curve Post-Game Show.  You can watch it and participate here.

Note III:  The Moose are also playing at 6 PM CST here in Winnipeg as they take on the Heat for the third straight game.

Winnipeg Free Press: NHL players getting vaccinated — but no Jets so far. (Paywall).  If you were curious if players were jumping ahead in line Mike has the answer to that question.

Toronto Sun:  Matthews will be in Maple Leafs lineup, Agostino to make debut.  Get updated on what is happening with the Jets opponent from a writer that covers the Leafs.

The Athletic:  16 Stats. (Paywall).  Number 6 looks at the Jets as a model breaking team and 7 Scheifele’s ability to create high-danger passes.

The Athletic Winnipeg:  Q & A with Jets’ Dylan DeMelo. (Paywall).  Murat spoke to the defenceman on making the most of NHL opportunities, using his platform, becoming a dad and more. 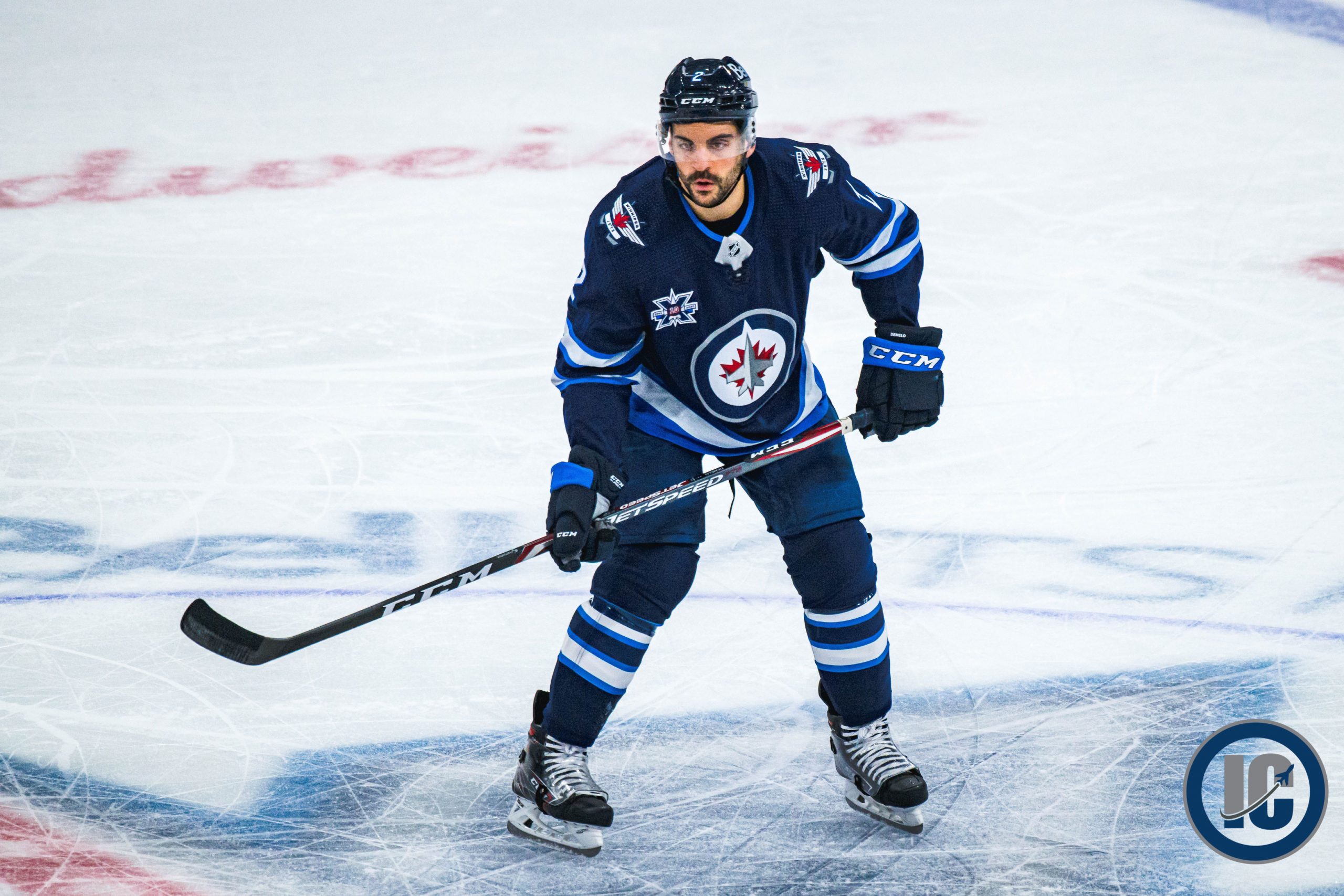 Global News:  Jets back at it against 1st-place Toronto.  A look ahead to tonight’s game.

Illegal Curve: Jets vs. Leafs pre-game report. The Jets held a morning skate followed by a media availability before they take on Toronto. Check out the projected lines and D pairs and hear from Nikolaj Ehlers, Logan Stanley as well as head coach Maurice.

92.1 Citi FM:  Jets talk with Sean Reynolds. What worked for the Jets in their win over the Leafs…and what was going through Sean’s mind in the clip from last season of him stuck on the big screen during the national anthem.

TSN Toronto 1050:  First Up with Landsberg & Colaiacovo.  James Duthie joins the show to discuss the Maple Leafs vs Jets round 2, which team has the better top 6 forwards, the ESPN NHL Broadcast deal, the CFL/XFL discussions and more.