Sportsnet:  Why Patrik Laine hasn’t been scoring in bunches these playoffs…yet.  Jets fans will certainly like the conclusion of this article.

Winnipeg Free Press:  Lowry focused on preventing goals, not scoring them.  (Paywall).  Wild to think he hasn’t scored in 2018 (obviously with time missed due to injury).  But his role on this team really isn’t one of scoring.  Jason has more.

The Athletic Winnipeg: How a simple line shuffle improved the Jets zone entries and generated much-needed zone time. (Paywall). Murat with a look at what this move did for the Jets.

CBC: Preds fan who heckled Byfuglien left speechless after discovering Jets defender’s parents sitting behind him.  Saw this on twitter the other day and thought it was pretty humourous.  It is a good lesson for those of you who heckle to think of the folks who may be sitting near you.

Winnipeg Free Press: Jets vs Predators series even better than expected. (Paywall).  A new episode of Dump and Chase with Mike and Jason although for some reason they’ve lost their heads.

Winnipeg Sun:  With Joel Armia set to return the Jets look to take a 3-1 series lead on Predators.  A nice boost for the Jets to get the talented Finn back into the lineup tonight. 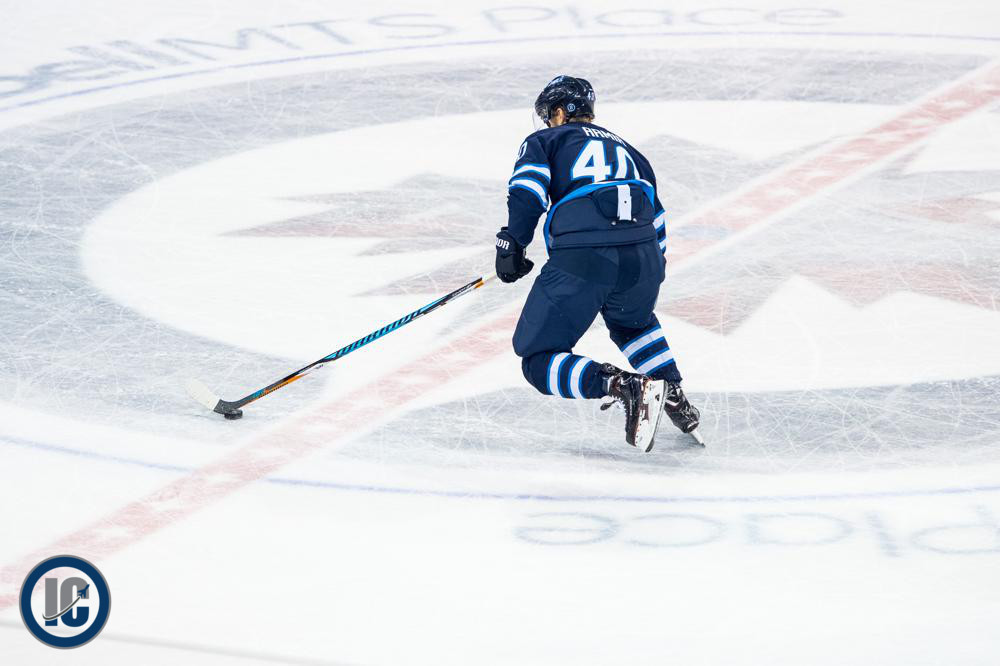 NBC Sports:  Opposing offenses providing nightmares for Hellebuyck, Rinne.  It is worth noting that these two represent two of the three Vezina finalists but also worth remembering that both these teams have incredibly high powered offensive weapons.

TSN:  Tanev emerging as unlikely playoff hero for Jets.  I mentioned it the other day but it does seem that he is becoming the Chris Kontos for this year’s incarnation of the Jets.

Sportsnet: Scheifele, Ovechkin quickly rising in Conn Smythre rankings.   Still plenty of players to choose from but the Jets top centre is starting to distinguish himself among the group.

The Tennessean: Predators need some help, and it’s time for Kyle Turris to provide it. If you wanna know about the Jets opposition head to the experts who cover the team as Joe provides his insight into what Nashville needs to get back into this series.

Nashville Ledger:  Subban the villain? Doesn’t bother him a bit.  He certainly wouldn’t admit it even if it did as he is a smart guy and knows that would only increase the attention.  While he didn’t get the last laugh as his team ultimately lost the game I suspect he enjoyed quieting the crowd when he scored the second Preds goal on Tuesday night.

Global News:  Sick Day Friday? Jets fans prepare for a late Game 4 puck drop.  I’m concerned about when I may be able to leave Bell MTS Place tonight.  Maybe I should just bring a snuggie and sleep there so I can cover tomorrow morning’s skate.

Illegal Curve:  Jets vs. Predators Game 4 Round 2 pre-game report. The Jets skated today as they got ready to face Nashville at Bell MTS Place tonight ahead of game 4.  Includes scrums with Blake Wheeler, Patrik Laine, Joel Armia and Mark Scheifele.

Illegal Curve:  Coach Maurice pre-game scrum.  Topics included – What have they missed without Joel Armia and what are they getting back? Is this the best he has seen Tyler Myers play? Why is Subban a polarizing player? Is Perreault available? Thoughts on Adam Lowry’s playoffs? On his philosophy to making changes to the lineup when guys are coming back healthy. Is Lowry/Copp/Tanev his favourite shut down combo? Little bit on Little. How does he think his blueline has performed in the 2nd round? Are we likely to see a 2-1 game in this series? After playing the Predators eight games what has he noticed about their ability to rise to the occasion?

TSN 1040 Vancouver: Energy in Bell MTS Place fuels the Jets. The Winnipeg Sun’s Ken Wiebe says when Jacob Trouba scored the game-tying goal in Game 3 against the Predators, the roof almost blew-off the building at the Bell MTS Place. Wiebe also says the positive of these two teams playing early in the playoffs is the fact they’re healthy so you’re seeing hockey played at its highest level.