Note II:  As expected the Jets recalled Julian Melchiori from the Moose after placing Dustin Byfuglien on IR. 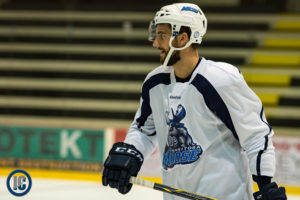 Winnipeg Sun:  Jets set for first test vs Blackhawks.  You throw out last season’s 5-0 record against Chicago and hit the reset button as they begin a new series against their division rivals.  Ken sets up tonight’s action.

Winnipeg Free Press:  Blackhawks better than their record, Maurice says.  (Paywall).  Not a team to be taken lightly at all.  They’ve won their last three and are coming in hot.

TSN:  ‘My Heart Will Go On’ part of Jets’ winning tradition.  With the amount of winning they’ve been doing at Bell MTS Place we have been listening to this song every time we walk into the dressing room.

Illegal Curve:  Jets vs. Blackhawks pre-game report.  Take a look at what happened at the rink this morning as Winnipeg gets ready to face Chicago at Bell MTS Place tonight with a pre-game chat with Matt Hendricks, Nikolaj Ehlers and Tucker Poolman.

Illegal Curve:  Coach Maurice pre-game scrum.  Are teams taking more liberty with Connor Hellebuyck?  Are the Hawks still the standard in the central?  Status of Kulikov/Trouba.  On the evolution of Josh Morrissey.  Challenge of an offensive defenceman switching his role to be a more defensive defenceman.  Improvements to Jets faceoffs this season.  On Todd Woodcroft pre-scouting.  How have the rules impacted faceoffs?