Winnipeg Sun:  Little laments occasional over passing.  With those two linemates he can be forgiven for dishing off the puck as much as he does although with his nose for the net, Little has shown in the past that he knows when to shoot.

Winnipeg Free Press:  Lowry back in Jets lineup in Dallas tonight.  Mike sets you up for tonight’s game. 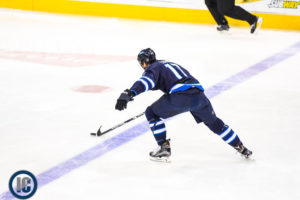 Stars official site:  Counterattack.  (Video).  Matt Hendricks details his move to Winnipeg and what he expects in a rematch with the Dallas Stars.

NBC Sports:  We may see a rematch of that Jamie Benn – Dustin Byfuglien fight.  While we know what Benn said to Byfuglien, I’d be curious to know what the reply was from #33.  Perhaps we will find out on the ice.

Illegal Curve:  Jets vs. Stars pre-game report.  Take a look at what happened at the rink this morning as Winnipeg gets ready to face Dallas at American Airlines Arena tonight.  Player audio: Shawn Matthias, Bryan Little and Adam Lowry.

Illegal Curve:  Coach Maurice pre-game.  On getting Adam Lowry back into the lineup.  Will he put Lowry back onto the PK?  How did he decide on Lemieux being odd man out?  Is there much carry over from the game last Thursday against Dallas?  Any concern with Hellebuyck’s workload?  Where does he see Bryan Little’s game?  Is Little looking to make the pass to Ehlers and Laine too much?