Winnipeg Sun:  No tank in Jets.  What player in their right mind would admit to tanking?  Truth is that guys are playing for next year and most draft picks (Laine being a rare exception) don’t go from draft floor to an NHL dressing room.  Guys like Wheeler and Little cannot be overly concerned with a player who may or may not impact a team in two, three or four years.

Winnipeg Free Press:  Myers hoping to get in a game before season ends for Jets.  (Paywall).  We discussed his return on this morning’s IC Hockey Show and I didn’t think he would play again this season but it appears he could possibly get into one or two games to close out the season. 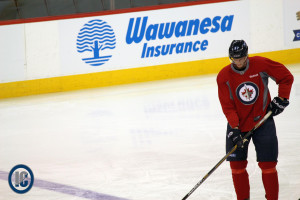 Ottawa Citizen:  Condon to start against the Jets.  Sens beat writer Bruce Garrioch sets you up for tonight’s game with his gamer.

Illegal Curve:  Paul Postma to have hernia surgery (on both sides).  We finally get the news we’ve been expecting for a little while now.

Illegal Curve:  Jets vs. Senators pre-game report.  Take a look at what happened this morning at the rink this morning as Winnipeg gets ready to face Ottawa at the MTS Centre tonight.  Audio:  Tyler Myers and Josh Morrissey.

Illegal Curve:  Coach Maurice pre-game.  On Tyler Myers and a potential return to the Jets lineup.  How important would it be for Myers mentally?  How close is Chiarot?  Decision on Postma?  How long did Postma play hurt?  Did it impact his performance?  Expectations on facing the Senators?  How are they different without Karlsson?  What kind of year has Patrik Laine had?  What is the significance to him of Scheifele hitting 30 goals this season?