Winnipeg Sun:  Playoff hopes dying, Jets hope to learn from meaningful games.  Plenty of chatter about the team learning from being in these tough situations. 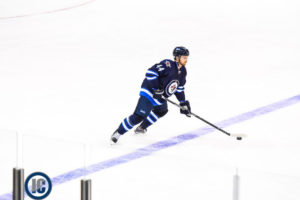 Winnipeg Sun:  Patrik Laine on needing to be a better player.  The Jets rookie wanting to improve is a good thing for the Jets in the long term (and the short term as well).

Winnipeg Free Press:  Chiarot game-time decision against hot Flames.  (Paywall).  Mike was down at the MTS Centre today and gets you set up for tonight’s game.

Calgary Herald:  Hamilton a ‘game time decision’ as Flames try to extend win streak to nine.  Get ready for the game tonight with a view from the other side.

Sportsnet:  Does playing for the Leafs boost Matthews’ Calder chances?  For folks around Winnipeg who are wondering about the process and how fair (or unfair) it might be when it comes to voting for rookie of the year.

Illegal Curve:  Jets vs. Flames pre-game report.  Take a look at what the Winnipeg and Calgary projected lines and D pairs may be for tonight’s game at the MTS Centre.  Audio:  Blake Wheeler and Josh Morrissey.

Illegal Curve:  Coach Maurice pre-game.   Status of Ben Chiarot?  Changing up the lines.  What is he hoping to get from Nic Petan?  Are the Jets still an optimistic group?  Does a game like tonight compare to a playoff game?  Importance of young players (i.e. Scheifele, Ehlers, Trouba) to play in playoff games?  How has Calgary accomplished their hot streak and how can the Jets mimic it?  Can the Jets go on a similar run?  Searching for a penalty killer (i.e. like a Michael Frolik).  Status of Melchiori?  On the changes to the Jets power play.