Sportsnet:  How Winnipeg’s Mark Scheifele is developing into a two-way force.  A little on the two way game that is so often a focus when discussing a complete player.

Winnipeg Sun:  Potential for bad blood between Jets and Penguins.  Despite the protests we’ve heard to the contrary something tells me there may be a tilt or ten in tonight’s game if the score gets out of hand. 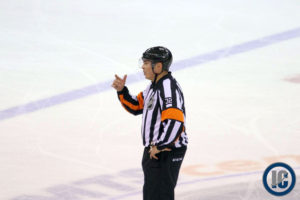 Pittsburgh Tribune:  Penguins add some muscle: Sestito called up for Jets game.  Looking a little beefy over with those Pens.  Almost as if they are anticipating some rough stuff.

NHL.com:  Central Division playoff primer.  Tim takes a look at all the teams.

Illegal Curve:  Jets vs. Penguins pre-game report.  Take a look at what the Winnipeg projected lines and D pairs may be for tonight’s game at the MTS Centre.  Audio:  Nikolaj Ehlers, Chris Thorburn and Andrew Copp.

Illegal Curve:  Coach Maurice pre-game.  Update on Enstrom?  What kind of game is he expecting tonight?  Does he expect any bad blood (from the Penguins perspective as well based on Jets hits on their D last game)?  Why isn’t the power play clicking?  Is there a particular penalty kill style that hampers Jets power play?  What does he see from the Penguins power play?  On the status of Nic Petan.  On his relationship with Pens GM Jim Rutherford.