CBC:  Jacob Trouba, Jets looking to finish strong.  Seems like folks want to talk to the Michigan native of late.

Winnipeg Sun:  Enstrom returns as Jets face Wild.  Ken was down at the MTS Centre and has his preview all ready to go to help get you ready for tonight’s action.

Winnipeg Free Press:  Jets determined to rise and shine after week’s rest.  (Paywall).  Mike gets you set up for tonight’s game with a look at things from a Winnipeg perspective. 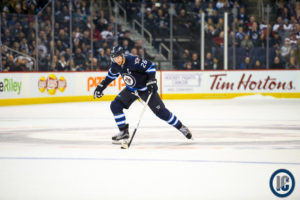 Minneapolis Star-Tribune:  Tired, mumpy Wild looks to continue road success in Winnipeg.  Helping set you up for tonight’s Friendly Manitoba vs. Minnesota Nice contest with a look from the Wild’s perspective.

USA Hockey:  Trouba happy with his future in Winnipeg.  The Jets defenceman spoke with USA hockey for this article which for the most part covers his time playing for his country.

Illegal Curve:  Jets vs. Wild pre-game report.  Take a look at what the Winnipeg projected lines, D pairs and starting goalie will be for tonight’s game at the MTS Centre.  Audio from Blake Wheeler, Mathieu Perreault and Tobias Enstrom.

Illegal Curve:  Coach Maurice pre-game scrum.  On what Enstrom brings to the lineup.  Status of Lowry.  What did he learn about the Wild from last night’s game?  Any concerns about the mumps?  Has he ever dealt with it before?  How close is the organization to being “in the hunt” at this point in the season?  How close is this team to being a playoff team and winning a round?  On having a different set of expectations from this group at the start of next season?  Sum vs. Parts of the Jets.

TSN 1290 Winnipeg:  Focus is key for Jets coming off bye week.  Colour analyst Shane Hnidy joined the Big Show to preview the Winnipeg Jets tilt against the Minnesota Wild including an injury update for the team, Minnesota’s lineup after the acquisition of Martin Hanzal and what the Jets need to do to avoid being another NHL club struggling out of the break.