Winnipeg Sun:  Jets look to start new year on right note.  How will the Jets kick off 2017?  We will find out soon enough but many players are using the word ‘urgency’ and we shall see if they display that on the ice. 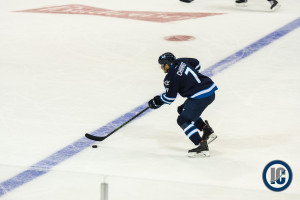 Winnipeg Free Press:  Urgency hits Jets like Lightning bolt.  (Paywall).  While they are just three points back of the Kings (who have two games in hand) the Jets simply cannot afford to lose this game after dropping the last two.

Tampa Bay Times:  Ryan Callahan returning tonight for Lightning.  Get set up for tonight’s game with a preview of what you can expect from Tampa Bay via a beat writer that covers the team.

Illegal Curve:  Tyler Myers wears non-contact uniform at Jets practice.  Jets players were excited to see the defenceman back on the ice.  Coach Maurice gave some insight on when they may be getting #57 back.

Illegal Curve:  Jets vs. Lightning pre-game report.  Take a look at what the Winnipeg projected lines, D pairs and starting goalie are for tonight’s game at Amalie Arena.

Illegal Curve:  Coach Maurice pre-game scrum.  On Myers making an appearance today.  Any timeline to his return?  Good mood on the ice.  What has Shawn Matthias brought since his return?  Difference in Eastern Conference games and how Jets play against them.  On the reasons for the improvement in the power play.  On what confidence can do for a team.  On how much they’ve missed Myers.