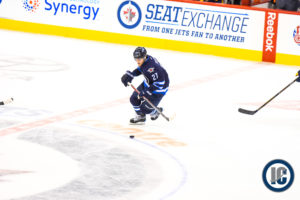 The Detroit News:  Larkin suffers growing pains during second Wings season.  Looks like the Wings sophomore forward is having some problems adjusting this season but with all that talent it shouldn’t take long for him to get back on track.

TSN:  Little makes players around him better.  (Video).  Sara Orlesky and Gary Lawless discuss what’s stood out about Bryan Little since his return to the Jets’ lineup and if Winnipeg has found an answer in goal with Connor Hellebuyck.

Illegal Curve:  Coach Maurice pre-game scrum.  On Scheifele’s status. Injury news on remaining players. On concussions. On the monitors on the bench. Is it a different angle? Young wingers with Bryan Little, what can they learn?