Sportsnet:  Frolik lesson should push Jets GM with Andrew Ladd.  No franchise can afford to lose assets for nothing.  All eyes will be on the Jets GM for the next three weeks.

Winnipeg Free Press:  Winnipeg woes? Round up the usual suspects.  Who knew Scott was a movie buff.  I’ve always wanted to be a buff.  He runs through the Jets team and puts players into a category.  Agree or disagree?

Winnipeg Free Press:  Home game feels like part of road trip to busy Jets.  February really doesn’t have very many home games so it was be a quick couple of days here before departing west to Edmonton.  Then next week they head east to Carolina, Tampa and Florida.  Tim sets up tonight’s game.

Winnipeg Sun:  Eighth time the charm?  Can the home cooking (and home fans) finally propel the Jets to that elusive third win in a row which amazingly has eluded this team all season long? 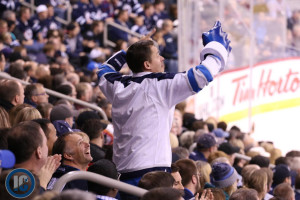 Illegal Curve:  Jets vs. Bruins projected lineups.  Take a look at what the lines looked like after skate today and what combos you should expect to see at the MTS Centre this evening.  Includes Wheeler and Stafford audio.

Illegal Curve:  Coach Maurice pre-game scrum.  Can he put his finger on how the team turned it around on the road?  Will the team do anything differently with the present schedule challenge?  Anything new on Pavelec?  What is Joel Armia doing to earn his trust?  Is he someone that he has had to talk to a lot or has a light bulb gone off?  What is it about that 1st period of the game against Carolina that has galvanized the team?  Has Byfuglien signing done more for the squad?  Is there something settling about it?  On the impact the Kane/Bogosian trade one year later.  What would he like to see from Ehlers in terms of development?  On the European influence for young players.