Winnipeg Free Press:  Rookie centre Copp eager to prove himself.  (Paywall).  Tonight will be his third pre-season game as it certainly seems like that 4th role centre spot is his for the taking. 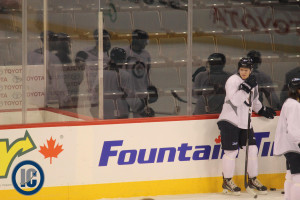 Winnipeg Free Press:  Jets’ sophomore centre savours chance to take on bigger role.  He continues to mature as a player/person and with that comes added responsibility from his coach.

Winnipeg Sun:  Jets ready for McDavid-less Oilers.  Plenty to get you ready for tonight’s contest as Ken sets up the game in his afternoon column.

Sportsnet:  Jets fans angry over new obstructed view.  Doesn’t seem like the furor is quieting down over this design flaw.

Illegal Curve:  Jets vs. Oilers projected lineups.  Take a look at what the lines looked like after practice today and what combos you should expect to see at the MTS Centre this evening.  As well the post has audio from Ladd, Lowry and Petan.

Illegal Curve:  Coach Maurice pre-game scrum.  What is he hoping to see from the group tonight?  Update on injured players.  Has Little’s injury impacted his ability to put him on wing?  Planning on playing Pavelec entire game?  Could Little/Ladd go entire pre-season without playing?  Copp playing all three games, does that tell us anything?  How does Nic Petan fit within the Jets system?  What is Petan capable of in terms of what lines he could play on?  His size wouldn’t preclude him from playing 3rd or 4th line?