CBC:  5 Things to Watch.  Mitch and Jeff preview the game tonight in this post.  We also get Jeff’s five things including: 1) Pick yourself up and dust yourself off 2) Pressure time 3) Big boost with return of Little 4) Hail King Henry and 5) In Pavelec they trust.

Winnipeg Free Press:  Jets have full crew up front with Little’s return.  Gary and Ed break down tonight’s matchup on video and there is also an article written by Ed about tonight’s big game against the Rangers. 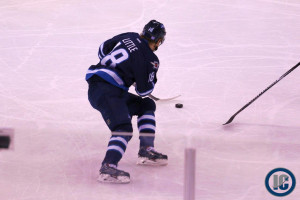 Winnipeg Sun:  Little back in Jets’ lineup tonight.  Ken files this report from the MTS Centre in advance of the game.

Global News:  Jets back up to full strength with return of Little.  Coach Maurice spoke about getting #18 back into his lineup.

ESPN:  Who will grab final playoff spots in West?  (Requires ESPN Insider access).  Custance asked players from each conference, a coach and executive who they thought would grab a playoff spot.  Jets and Flames fans won’t like the toss up for the final spot.  If this proves accurate that April 11th game in Winnipeg sure might prove interesting.

Illegal Curve:  Jets vs. Rangers projected lineups.  Take a look at what the lines looked like after practice today and what combos you should expect to see at the MTS Centre this evening.  Audio from Enstrom and Little.

Illegal Curve:  Coach Maurice pre-game scrum.    How different does the lineup look with the return of Bryan Little?  Does this team relish the opportunity to take on top teams?  Difficulty in playing the Jets for a full 60 minutes.  Having a full team and a small break does this set them up for the stretch drive?  Challenges the Rangers speed presents?  Trouba and Enstrom good to go?  On scheduling.  Ladd hitting career high in points – is it a function of him getting better or team?

TSN 1290 Winnipeg:  The Big Show.  Despite struggling versus the Blackhawks, Dennis Beyak says that Ondrej Pavelec appears to be the man in net down the stretch for the Jets with Michael Hutchinson likely to see just one more start this year.