Winnipeg Free Press:  Kane to have surgery, will be out for the season.  Tim sums up some of the insanity we experienced this morning at the MTS Centre. 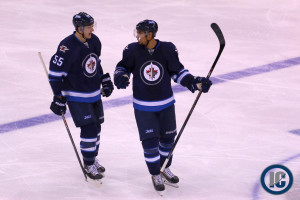 Winnipeg Sun:  There’s no conspiracy: Kane’s agent.  Kane’s agent has been making the rounds with print media and on the radio to cover his player’s position as any good agent would do.  It is up to you as a reader to decide if you buy what they are selling.

Winnipeg Sun:  Kane to miss 4-6 months.  Hope you have some time cause Ken breaks it down in this article.

Times Columnist:  Forward Kane to undergo shoulder surgery, out 4-6 months.  The CP article from Stephen Whyno that include quotes from Kane’s agent.

USA Today:  Kane surgery decision puts Jets in bind.  Interesting last line by Kevin Allen “The Jets have to make the playoffs this season or Cheveldayoff might not be the guy who trades Kane next summer”.

The Score:  Dressing room culture will dictate that Evander Kane’s time is up in Winnipeg.  Former NHLer Justin Bourne chimes in with the thoughts of a former professional hockey player on the environment within the room.

National Post:  Evander Kane is reportedly on the trading block — should the Toronto Maple Leafs be interested?  I suspect we will be seeing these types of articles throughout papers across North America as scribes consider Kane as an addition for the team they cover.

Montreal Gazette:  Canadiens don’t need Evander Kane.  See my comment in reference to the above link.

Illegal Curve:  Kane to have surgery.  Coach Maurice dropped the bomb to open the pre-game scrum with news of the surgery including expected recovery of 4-6 months.

TSN 1290 Winnipeg:  Rona Roundtable.  Aaron Ward discusses Evander Kane’s departure from the Jets and his decision to have surgery.

TSN 1050 Toronto:  Mike Richards in the Morning.  NHL on NBC analyst Pierre McGuire discusses whether Jets forward Evander Kane would be able to thrive on another team.  (Jets talk starts at 4:20).

TSN 1200 Ottawa:  In the Box.  Steve and Chris talk to former NHLer and current Jets analyst Shane Hnidy about Chris Phillips setting the Sens record for games played, and the situation surrounding the Jets and Evander Kane. (Jets talk starts at 2:45).

Sportsnet:  Kane electing surgery first step in ‘divorce’.  Is Evander Kane’s time in Winnipeg over? The Hockey Central panel seems to think so, calling his decision to undergo shoulder surgery the first step in the so-called divorce between the team and the player.

Illegal Curve:  Coach Maurice pre-game scrum (audio).  Some pre-game chat about facing the Hawks and his expectations of his team.

Illegal Curve:  Jets vs. Blackhawks projected lineups.  Take a look at what the lines looked like after practice today and what combos you should expect to see at MTS Centre this evening.