Winnipeg Free Press:  Avalanche at Jets gameday.  It is going to be an uphill battle for the Jets but we are about to see how the Maurice system deals with some adversity.

Winnipeg Free Press:  Mystery boy at Jets game gets reward.  A really nice story of a young kid making a selfless decision and good for the Jets for recognizing the young kid’s actions and rewarding him for same.

Winnipeg Sun:  Jets’ new defence set to host Avalanche.  It will be a new look Jets D that we see tonight at the MTS Centre.  Ken breaks down what fans fan expect to see from the new pairings as well as well as the addition of Matt Halischuk to the 3rd line. 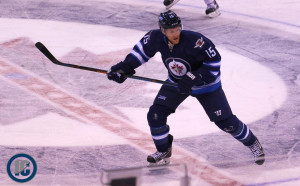 CBC:  5 Things to Watch.  Jeff brings us his five things to watch for in tonight’s game against Edmonton including: 1) Banged up blue-line 2) Buff moves back 3) Halischuk in 4) Bounce back for Jets duo and 5) Hutch gets nod in net.

NHL.com:  At the Rink.  Patrick gives you his take from the MTS Centre on tonight’s game.

Illegal Curve:  Coach Maurice pre-game scrum (audio).  Will there be a big adjustment for the guys from St. John’s?  What does he expect from the Avalanche?  Is he happy with how the team has been starting?  What makes Halischuk a fit on the 3rd line?  Is he seeing a comfort to Mathieu Perreault’s game?

Illegal Curve:  Jets vs. Avalanche projected lineups.  Take a look at what the lines looked like after practice today and what combos you should expect to see at MTS Centre this evening.