Winnipeg Free Press:  Shooting, creating opportunities for Jets on Broadway.  We need to see less hot potato with the puck as the shooters turned into passers in that last game against the Devils.

Winnipeg Sun:  Scheifele loosening his grip against Rangers.  Sooner rather than later the Jets need their young gun to get some pucks into the net. 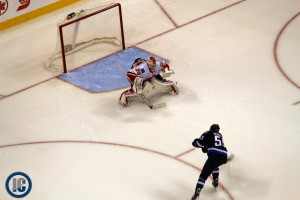 NHL.com:  At the Rink.  NHL.com senior staff writer Dan Rosen brings you up to speed on tonight’s game.

Illegal Curve:  Coach Maurice pre-game scrum (audio).  On Evander’s first game back.  Importance of Scheifele not getting down on himself.  How does he get his message across about shooting more?  On the Rangers struggling power play.  Trying to limit Rick Nash.

Illegal Curve:  Jets vs. Rangers projected lineups.  Take a look at what the lines looked like after practice today and what combos you should expect to see at MSG this evening.

The Record:  Ranger Rants.  Rangers beat writer Andrew Gross brings you up to speed on things from the Rangers perspective.