Prior to the start of tonight’s Jets and Wild game the team presented three awards. 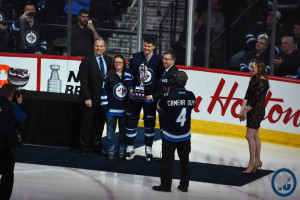 The awards being given out are:

2)  Northwest Company Community Service Award – most demonstrated a commitment to our community.