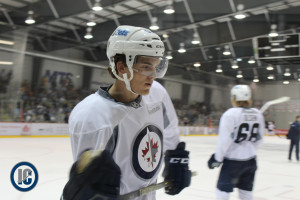 It appears that there was some discussion about Columbus born Jack Roslovic’s commitment to playing college hockey next season. Columbus Dispatch reporter Aaron Portzline tweeted the following tonight which would appear to nip that talk in the bud:

– Put to rest any thought that Columbus’ Jake Roslovic is wavering on his commitment to @MiamiOH_Hockey. He has declined offer from OHL Flint.

– Told Roslovic made his decision final late last week. No. 25 overall pick by #nhljets will follow through on plans to attend Miami U.

So RedHawks fans should rest easy as they should be seeing the Jets 1st round pick (25th overall) playing quite a bit in Oxford, Ohio.