Toby Enstrom signs with MoDO in the Swedish Elite League

According to Uffe Bodin, Editor-in-Chief of HockeySverige.se, UFA Defenceman Toby Enstrom has signed with his hometown team MoDo in the Swedish Elite League. 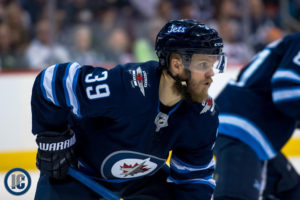 Enstrom was drafted by the Atlanta Thrashers in 2003 (8th Round, 239th overall) and played his entire 11-year NHL career with the Jets/Thrashers franchise, including the past seven seasons with the Jets. In 719 career regular season NHL games, Enstrom registered 54 goals and 254 assists for 308 points.

Enstrom had one goal and five assists in 43 regular season games last season.  Enstrom also appeared in 11 playoff games for the Jets (0 points).

As always stay tuned for the latest Winnipeg Jets news by keeping it locked to our web site  illegalcurve.com and on social media including Twitter | Facebook | Instagram.