A breakdown of the day at the MTS Centre.

Today at 11 am True North Sports and Entertainment re-introduced an old brand to this fanatical hockey market.  The day began with Senior Director of Corporate Communications Scott Brown welcoming the media. 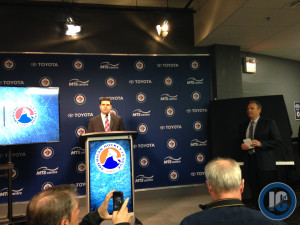 The next speaker at the podium was Jets GM Kevin Cheveldayoff who introduced the Manitoba Moose as the team name. 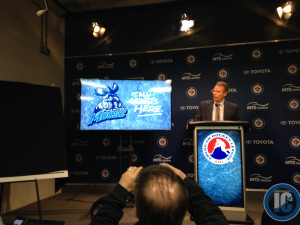 Then Mark Chipman took to the podium to say a few words. 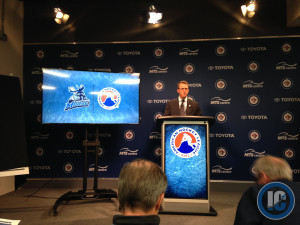 Finally Dan Hursh who will be the V.P. of Business for the Manitoba Moose (he is Jets general legal counsel) was introduced by Mark Chipman and Dan spoke about the process fans will undertake to buy tickets to Moose games (Ticket prices JPG). 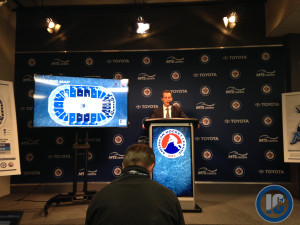 *Just an FYI that the clapping you hear is from True North employees who were in the room for today’s announcement.

Following the formal part of the morning scrum interviews were conducted.

Here is a close up of JC Lipon and Scott Kosmachuk, a couple of Jets prospects who played with the St. John’s IceCaps last season, modeling the new jerseys. 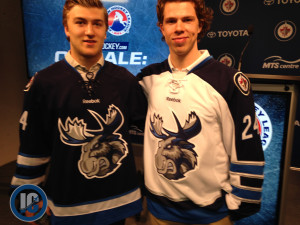 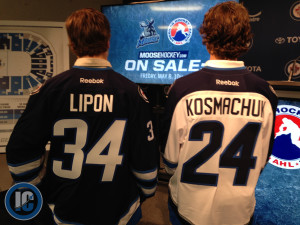 Then Cheveldayoff, Chipman, Lipon and Kosmachuk met with the media to chat about the Manitoba Moose.

For more information you can check out the recently re-activated Manitoba Moose web site.