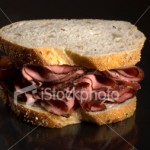 As anyone who has ever listened to The Illegal Curve Hockey Show can attest to, part of the reason we so enjoy being on air is the guarantee of having something to eat post show. Numerous past editions of the program have featured lengthy discussions regarding what’s for breakfast/lunch/dinner after we get off air. (Sometimes even breakfast is what’s for lunch & dinner).

Lately though, largely due to either a severe case of heat stroke affecting all of Illegal Curve, or because Hustler & Lawless have their own sandwich, we have been pondering what The Illegal Curve Hockey Show sandwich would look like.

(To listen to that discussion & the initial process undertaken to create The Illegal Curve Hockey Show Sandwich, please check out the July 13 & July 18 episodes of the show.)

We need your help however, as getting the Illegal Curve team to agree on a sandwich is less likely to happen than getting Drew to pass up someone else’s leftovers.

We need suggestions from our loyal audience about what you think the Illegal Curve sandwich should consist of.

Once the sandwich is created, we will draw a name from all of the people who made a suggestion, and award them some sweet Illegal Curve shwag. If you’re really lucky, maybe we will even throw in a night on the town with Illegal Curve’s very own Ezra Ginsburg. 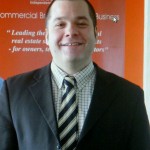 The first step is to check out the menu from Myer’s Deli, peruse the menu options in excruciating detail, and help create The Illegal Curve Hockey Show Sandwich!

You can send your Illegal Curve Sandwich Suggestions to us on Twitter, Facebook, Email, or leave them in the comment section of www.illegalcurve.com. Please make sure we have your contact information so we can inform the grand prize winner.