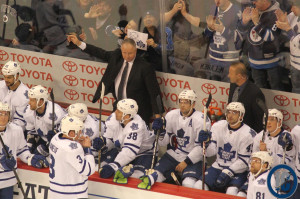 Globe and Mail:  Leafs’ vote of confidence for head coach Carlyle is mind-boggling.

The Telegram:  Lots to consider as IceCaps-Admirals series shifts to Norfolk.

The Telegram:  Admirals get their leading scorer back, but will he stay long enough to play against IceCaps?