Pittsburgh Post-Gazette:  Getting everyone on same page at same time a struggle for Penguins.

Minneapolis Star-Tribune:  Kane, Blackhawks too much for Wild in Game 1. 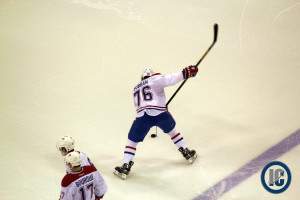 Globe and Mail:  P.K. Subban not fazed by classless acts of sportsmanship.

The Telegram:  IceCaps advance to second round.